Celebrated boxer Floyd Mayweather is not exactly beard gang. But it appears like the champ actually fancies having some chin hair. This much became apparent when he did a beard transplant.

Controversial rapper 50 Cent, who was unimpressed by the whole exercise, mocked it out loud in a recent Instagram post which he deleted almost as quickly as he posted it. In the post, 50 Cent had stated that Mayweather took hair from his ass to fulfill his beard dreams. He dropped a couple of laughing emojis and asked Mayweather what exactly was going on. 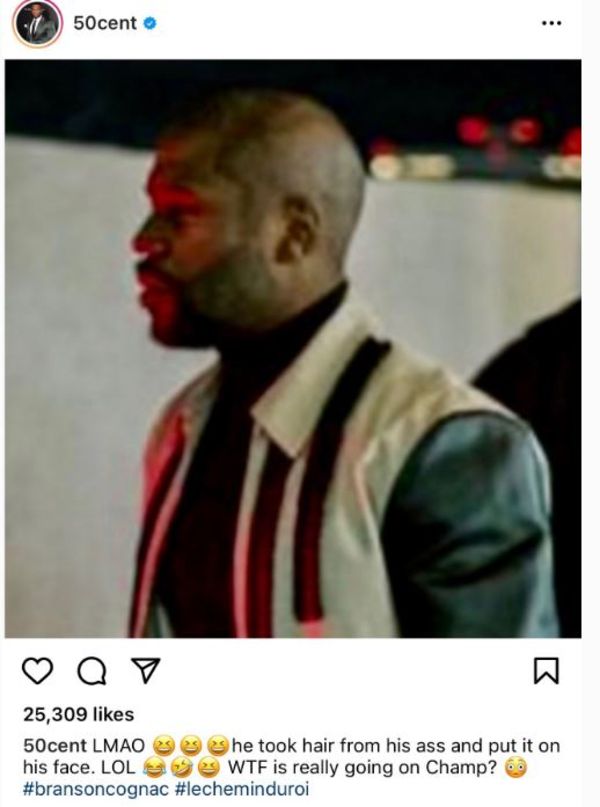 50 Cent is famous as much for his music as for his sporadic acerbic comments on American pop culture and its denizen. Previously, he had made comments about his Power co-star Naturi Naughton’s hairline, which many considered disrespectful.

Not one to keep quiet when a subject captures his attention, 50 Cent has riled many with his comments on fellow pop culture practitioners. But the champ doesn’t seem to care.

Who is next to fall under his sledgehammer? We can’t tell, but then we’ll be out here to bring you details if he should take another acerbic shot at anyone.

By the way, Mayweather is yet to respond to 50 Cent’s mockery.