Styles P and fans of Akon react to his collaboration with Tekashi 6ix9ine on “Locked Up Part 2”.

If the whole world is mad at Tekashi 6ix9ine, then who’s buying his new music? Have you ever wondered that?

Since the rapper came out of Jail, he’s been constantly dragged by notable rappers and social media trolls for snitching on his former crew. But, somehow, he seems to be getting even more famous than he was.

“Ghetto” hit maker, Akon has always vocally supported the “Fefe” rapper for snitching, once revealing that he would have done the exact same thing. This has obviously built a new friendship between them.

At some point, the two hinted on hosting a Live hits battle but that never happened. So, we aren’t really surprised to see them collaborating together.

On Sunday, June 7th, 6ix9ine shared a video of himself with Akon in a makeshift studio situated in his residence. In the video, Tekashi is heard rapping about being thrown in jail, while the “belly dancer” singer delivers the chorus of his previous hit “Locked Up”.

In the captions, 6ix9ine calls it “Locked Up Part 2” and asks for a hundred thousand comments to release it. Well, it’s already nearing 200.

Since the video was shared, fans of Akon have taken to social media to drag the singer for collaborating with 6ix9ine. Although, we have always expected the new friends to do something together, it still came as a shock to his fans. 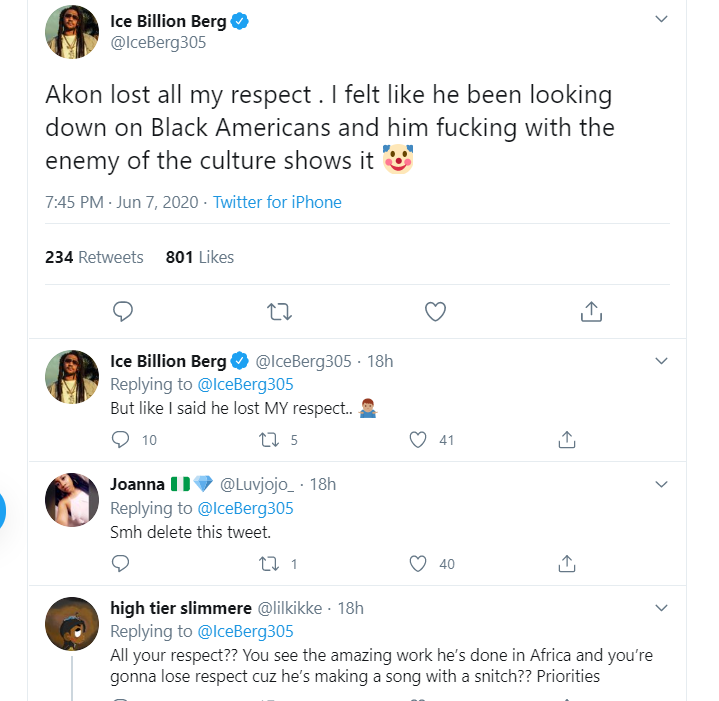 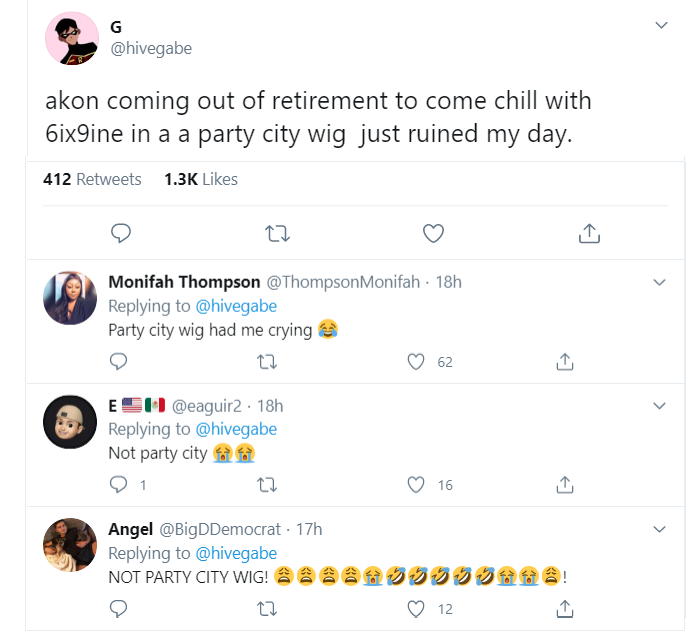 Many of them tagged the song’s previous collaborator, Styles P to the post hoping to get an angry comment from him. He, however, did not seem to care much about that because of all that’s happening in the world now. He rather spoke about people boosting their immune systems, and urged them to focus more on the pandemic and the racial tension in America. 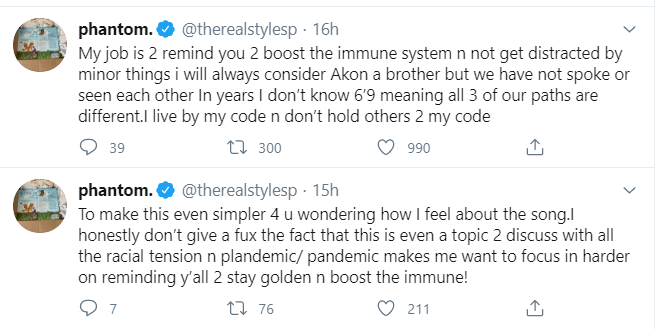 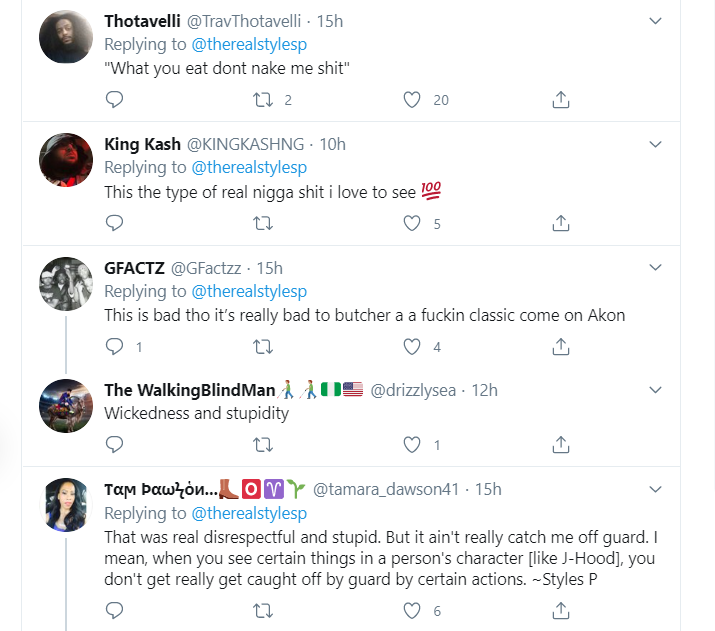 Tags
6ix9ine Akon Styles P
John Jabulani Send an email 8 June 2020
Back to top button
Close
We use cookies on our website to give you the most relevant experience by remembering your preferences and repeat visits. By clicking “Accept All”, you consent to the use of ALL the cookies. However, you may visit "Cookie Settings" to provide a controlled consent.
Cookie SettingsAccept All
Manage Privacy