It was a while before they met in person. And what followed is what some fans would call a shocker.

Time has flown since then, and it so happens that Ben and Mahogany have remained a subject of viewers of the reality show 90 Day Fiancé. And some fans have no qualms firing shots at Ben because they think he hasn’t done right by Mahogany.

According to some fans, Ben has been manipulative towards Mahogany. Ben is 51, and Mahogany is 22 – not 24 as initially imagined. While Ben is keen on spending his whole life with Mahogany, the Peruvian has her doubts about the relationship, especially so because Ben refused to take responsibility for his past failed relationships but blamed it all on his exes.

Sensing Mahogany’s doubt about their relationship, he’d sent multiple text messages to her to clear her doubt. But she felt uncomfortable and wouldn’t read them.

In her reluctance to read the messages, she had the support of most of her fans, who criticized Ben for sending the ton of text messages as if she were his editor. 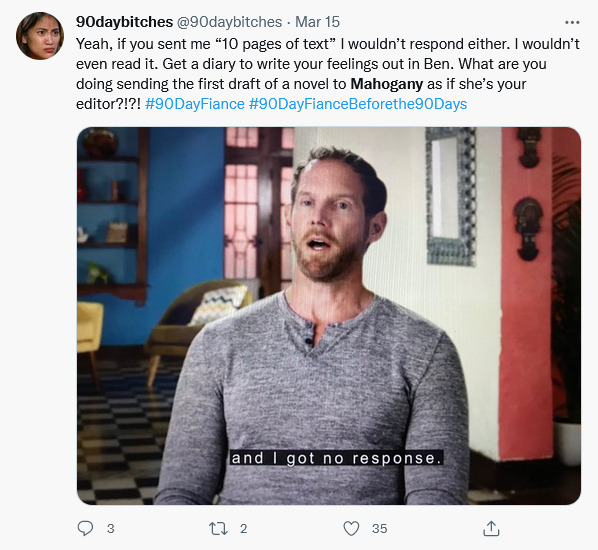 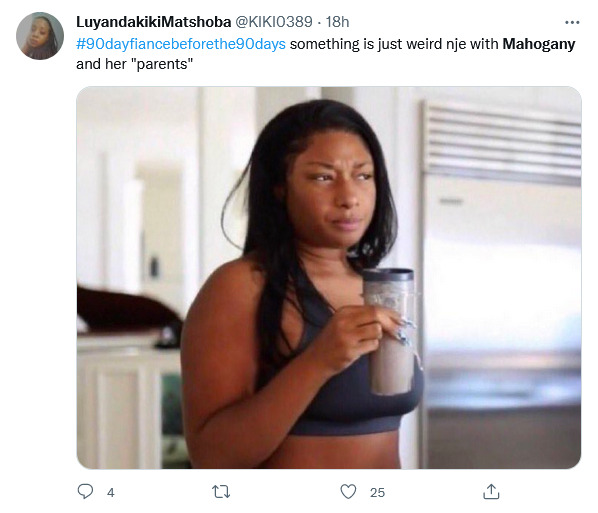 It would be interesting to see if Mahogany would change her mind on Ben in the coming days.

On the flip side, some fans think Mahogany’s Instagram images are so different from the images of her from the show.

Tags
90 Day Fiancé Mahogany
John Israel A18 March 2022
Back to top button
Close
We use cookies on our website to give you the most relevant experience by remembering your preferences and repeat visits. By clicking “Accept All”, you consent to the use of ALL the cookies. However, you may visit "Cookie Settings" to provide a controlled consent.
Cookie SettingsAccept All
Manage Privacy