It has been said that somewhere in the world is at least one person with whom one looks exactly alike. For singer Usher, his doppelganger is no other than Tee Morant, father to Ja Morant.

Usher and Tee look so alike that when Tee showed up for the Grizzlies game to support the team, fans thought he was Usher and that the singer, a part-owner of the Cavaliers, had switched loyalty.

But Usher wasn’t the person people thought they saw. Also, contrary to what some peeps imagine, the two of them are not in any way related. They just happen to have an uncanny resemblance.

Tweets about the resemblance between the singer and Tee likely motivated Usher to have a meeting with his look-alike. Both sat courtside during a game wearing identical black T-shirts and aviator sunglasses.

That meeting further ignited the internet and how identical the two looked. Well, Usher has just found his, but not everyone gets to meet their doppelganger before their lease expires on the material plane. 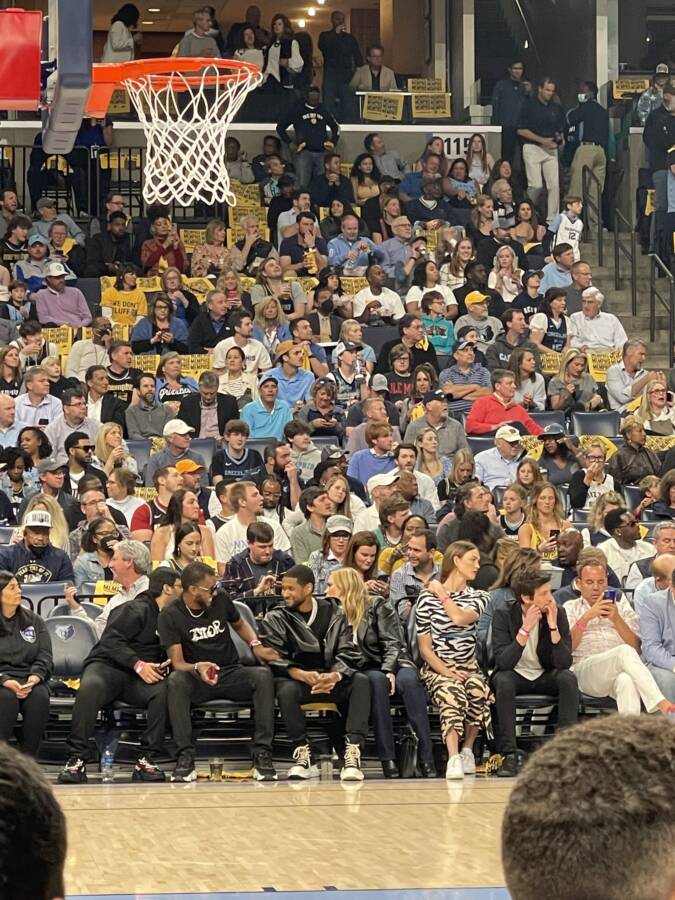 It wouldn’t be surprising to see another doppelganger pop into the picture in the coming days. After all, out there, there is usually more than one person one has a striking resemblance to.

Tags
Tee Morant USA Usher
John Israel A Send an email 27 April 2022
Back to top button
Close
We use cookies on our website to give you the most relevant experience by remembering your preferences and repeat visits. By clicking “Accept All”, you consent to the use of ALL the cookies. However, you may visit "Cookie Settings" to provide a controlled consent.
Cookie SettingsAccept All
Manage Privacy