If you have been eying the girlfriend of South African rapper A-Reece or even throwing shades her way, you may want to look elsewhere in your interest as the songster sent a warning to trolls online.

Trolling is most people’s hobby on Instagram. And in South Africa, the situation is so bad that some celebrities have elected to delete the Twitter app for good and camp at Instagram, where the trolling isn’t so bad.

A-Reece is well aware of this, and he’s having none of the trolling. In a recent tweet, the songster had angrily slammed the trolls, calling them cockroaches and asking them to leave his girl alone. 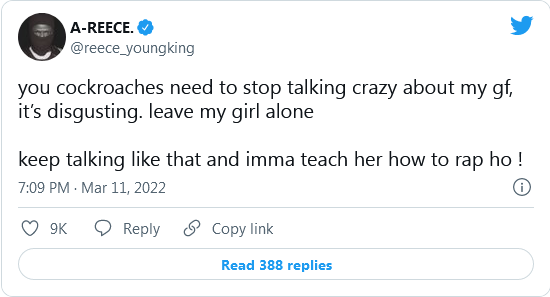 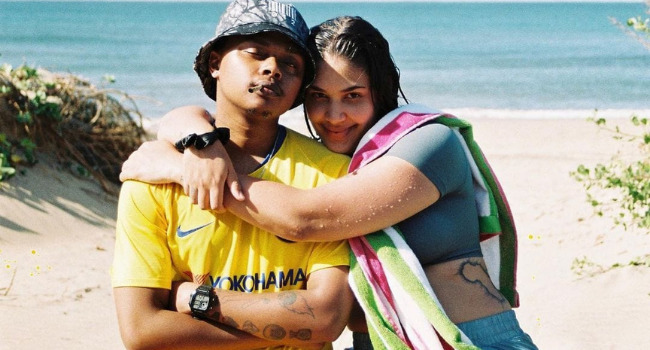 At any rate, A-Reece has made his point. It remains to be seen what will follow after he issued the warning to trolls. You may want to stay tuned for updates.

Tags
A-Reece
John Israel A Send an email 14 March 2022
Back to top button
Close
We use cookies on our website to give you the most relevant experience by remembering your preferences and repeat visits. By clicking “Accept All”, you consent to the use of ALL the cookies. However, you may visit "Cookie Settings" to provide a controlled consent.
Cookie SettingsAccept All
Manage Privacy