SA Hip hop star, A-Reece gets a new tattoo as he prepares to drop the anticipated joint project with American rapper, Joey Fatts.

Honestly, A-Reece is on fire this year. The talented emcee is known to be silent about his plans until he is ready to thrill fans with the news. We were all excited to hear he had a joint project dropping with American rapper, Joey Fatts.

The project was first announced by Fatts via his Instagram story, and Reece reposted it to confirm. They have since been promoting the forthcoming project all over social media. They have also announced that “Where You At” is scheduled to drop this Friday, May 7. While fans await the release, Reece was spotted getting new ink. 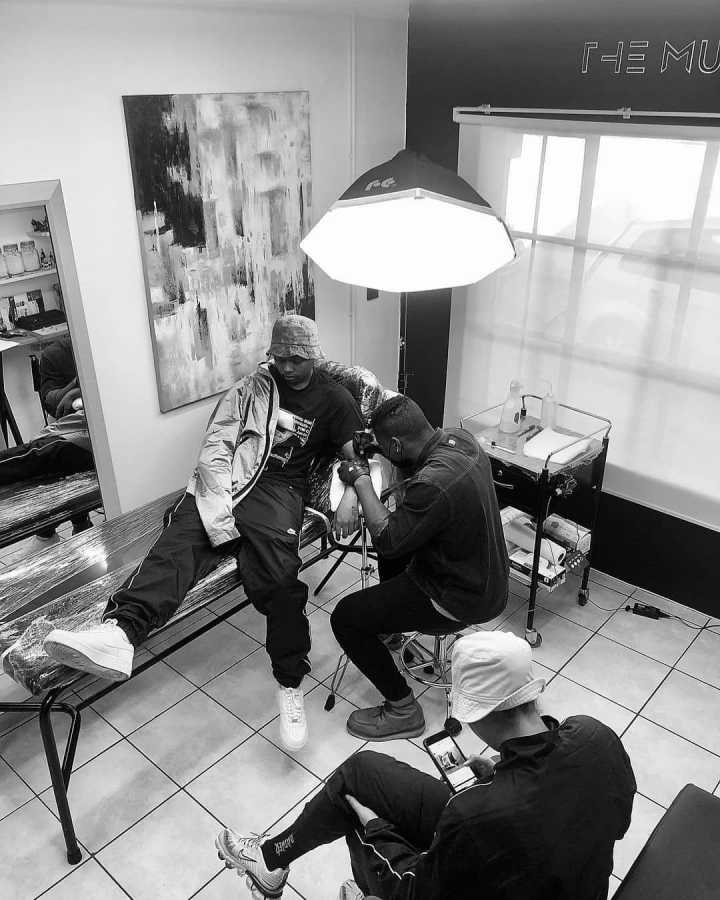 The talented muso is already known for the tattoos on his left arm. He has already made some good moves this year. Weeks back, he dropped the stunning mixtape “Today’s Tragedy, Tomorrow’s Memory”. It hit the top of the charts, and has been doing well since it dropped.

He is also expected to drop the highly anticipated project, “Paradise II” sometime this year. We can’t wait for the joint project to drop, so we can jam to it. 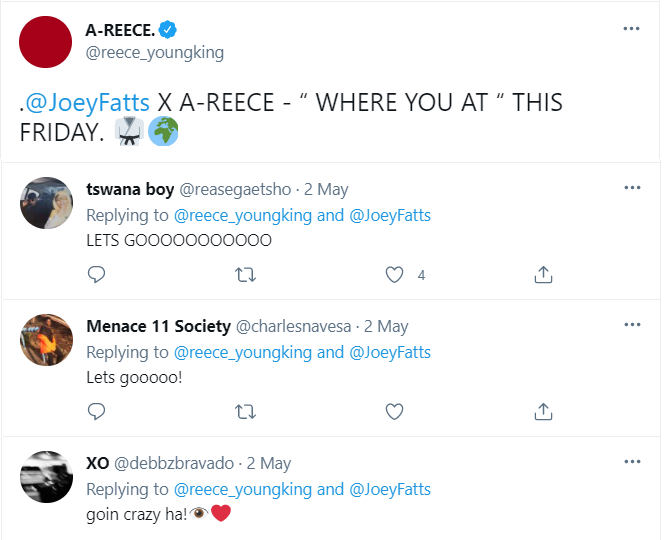