Have you been waiting for A-Reece’s “Paradise 2” album? Well, so have we. The good news is that the Boy Doing Things will drop the project anytime soon.

Taking to Instagram 15 hours ago, the “Girls Got Dreams” rapper dropped an image of him, blunt between his lips, with a laconic caption, “Paradise 2, OTW,” followed by a goat emoji indicating his greatness as an artiste.

“OTW” stands for “on the way.” Nothing specific can be deduced from those words. But then they are potent enough to keep fans in fevered expectancy.

We are following events keenly and will bring you “Paradise 2” album as soon as it drops. Now that’s one critical reason to bookmark this site at once and check back regularly for updates. 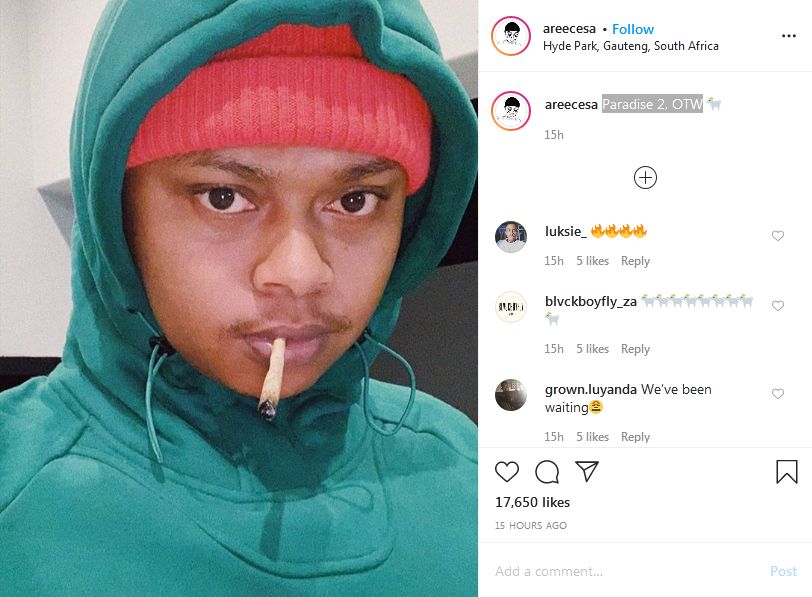 By the way, on release, “Paradise 2” will be a successor to A-Reece’s debut album “Paradise,” which premiered on 21 October 2016, when the hip hop champ was still signed to Ambitiouz Entertainment. The compilation housed a generous 18 tracks.

Will the imminent “Paradise 2” be richer in tracks?

Well, have you any expectations regarding the imminent body of work? You might wish to join the conversation by dropping your thoughts in the comment section below.