A$AP Bari confirms that A$AP Ferg is no longer a member of the A$AP mob.

2020 surely did come with a lot of surprises that we did not see comimg. While most crews are getting stronger, the A$AP mob seems to be short one famous member, A$AP Ferg. Apparently, he is no longer part of the crew and no one knows why. It is clear he didn’t leave on good terms.

A$AP Illz recently raised a lot of dust when he claimed that Ferg was no longer a member of the mob. He further dissed the rapper, writing “that n***a burnt out”, and posting a screenshot of their private chat. This led to a lot of backlash, but A$AP Bari has come to his recue.

Reacting to a post by No Jumper, Bari confirmed that Ferg has exited the mob. He simply concurred with what Illz wrote and credited him for starting the A$AP mob. However, no one seems to be saying a thing about why he left.

Ferg is also yet to announced his departure from the crew who he has been with for years. HNHH reports that his representatives are yet to comment on it after they reached out to them. 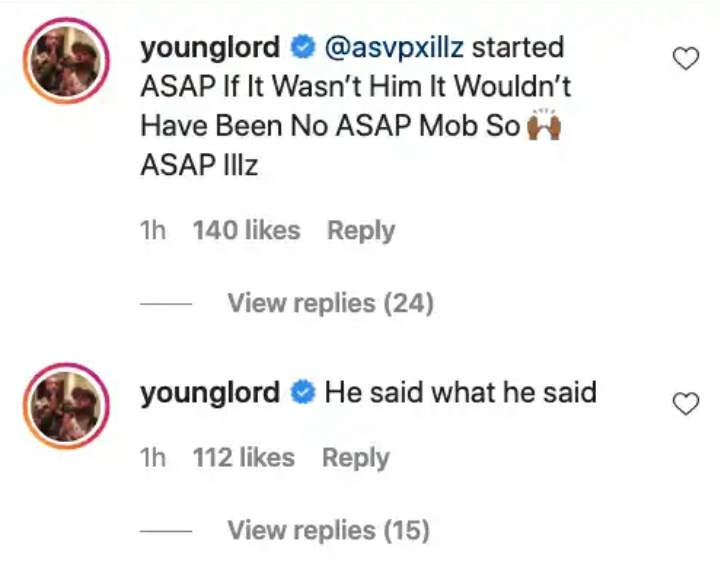 Tags
A$AP Bari A$AP Ferg
John Jabulani Send an email 2 September 2020
Back to top button
Close
We use cookies on our website to give you the most relevant experience by remembering your preferences and repeat visits. By clicking “Accept All”, you consent to the use of ALL the cookies. However, you may visit "Cookie Settings" to provide a controlled consent.
Cookie SettingsAccept All
Manage Privacy