Media personality Mohale Motaung has addressed the controversy surrounding the leaking of an audio showing the conflict between him and estranged wife Somizi.

In a recent interview with Sunday World, Mohale had revealed that he was abused emotionally and psychologically by Somizi and even claimed the former Idols SA judge even threatened him once with a knife.

However, when the audio of the abuse allegations popped online, Mohale denied he was privy to the leaking of it. He clarified that the conversations in the said audio were privileged and that the audio was with one of the producers of the show Living the Dream With Somizi.

He claims that he was merely making a case on why the conversation in the audio should not be used in the upcoming season of the show. According to him, the producer knew it was privileged information and decided to leak it anyway.

At this point, according to him, all he cares for is to conclude his divorce from Somizi and get on with life. You can check out his statement below. 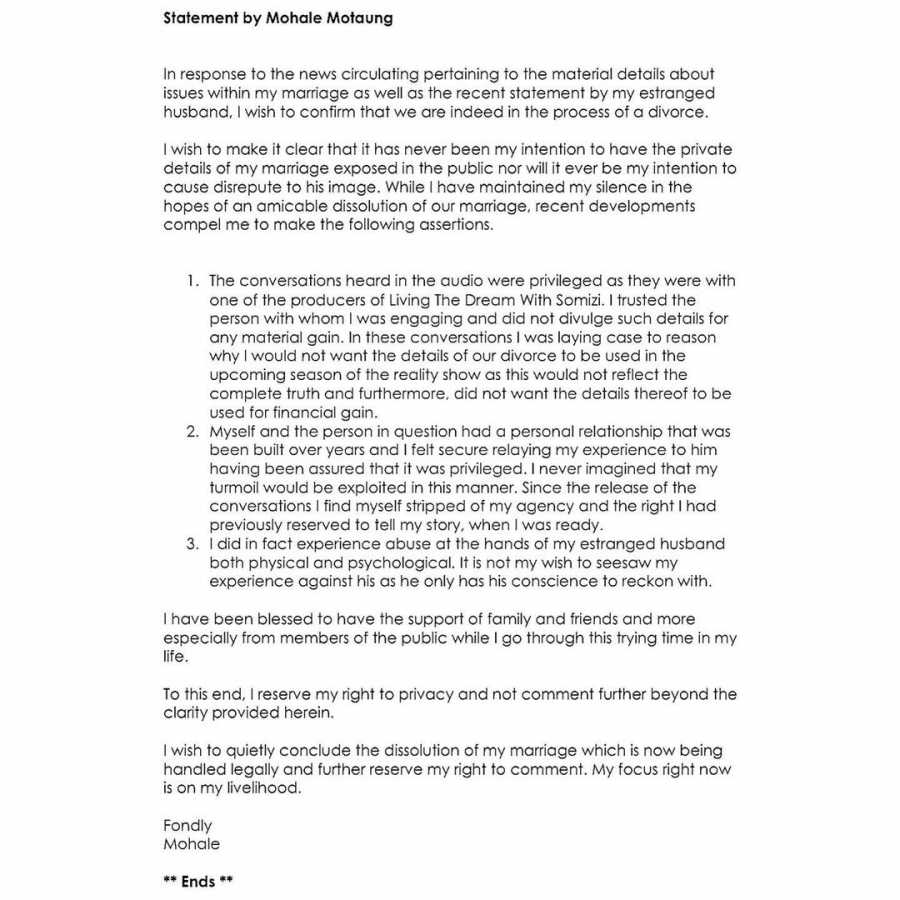