After what seemed like forever, Somizi has finally responded to his estranged husband Mohale Motaung allegations. Among others, Mohale had claimed that Somizi had once upon a time pulled a knife on him. He described his relation with the Idols SA judge as abusive.

Somizi had said nothing at the time Mohale made the allegations against him, but a member of his team had stated that Somgaga took the allegations seriously and would rather speak through his lawyers.

This much was confirmed in a statement released soon after. In the statement, which neither confirmed nor denied Mohale’s allegations as report in the Sunday World, Somizi, through his reps stated that he had referred the matter to his legal team, and he would say nothing else about the allegations until given the prompt by the team. 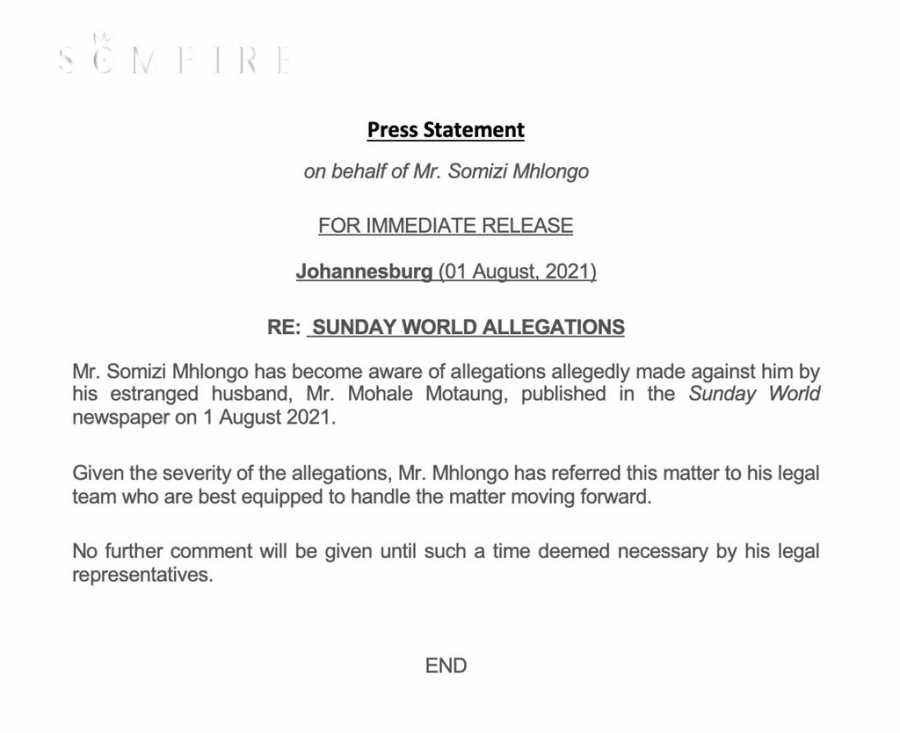 The statement Mzansi social media users. While some stated that that Mohale might be telling the truth, others thought he was lying and the timing of his speaking out suspect. (Somizi is part of the judging panel for the reality show Idols SA, which is currently in its 17th season.)

Well, what do you think? You’re welcome to join the conversation by dropping your thoughts in the comment section below. Way to go!