Actress Zoe Kravitz is facing severe backlash over her comments about Will Smith, who had popped on stage and slapped comedian Chris Rock, who had made inappropriate jokes about his wife, Jada Pinkett, at the Academy Awards.

At the time, Chris Rock had made inappropriate references to Jada as G.I. Jane. Shocked by it all, the King Richard actor had stormed the stage, given Chris an admonitory smack in the face, and advised him not to make sure references to his wife.

Zoe Kravitz decided to jump into that moment when she shared a picture on Instagram. In the caption, she had noted, “Here’s a picture of my dress at the award show where we are apparently assaulting people on stage now.” 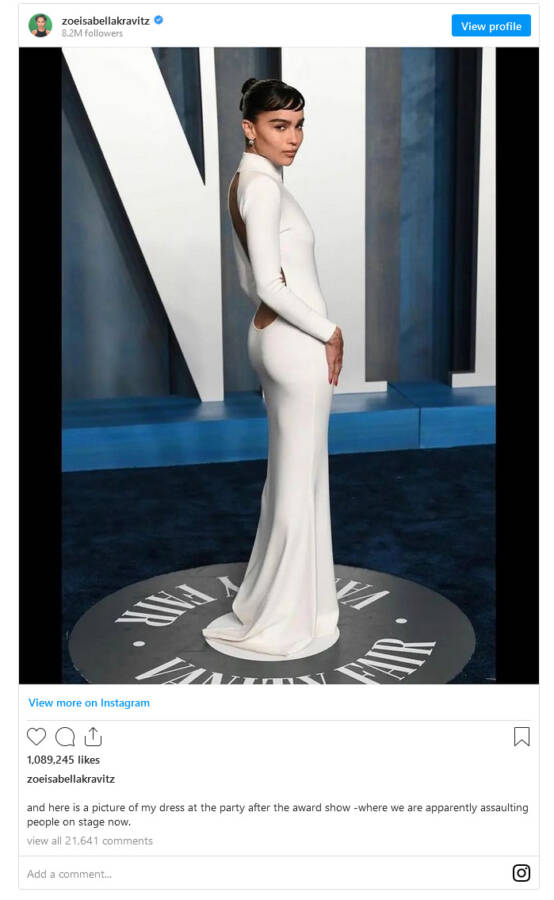 In a follow-up post, she had shared another picture of her dress referenced Will Smith bawling profanities after he’d slapped Chris Rock.

The reactions were almost instant. Most people who saw the tweet condemned and dragged her for hypocrisy, referencing a point in the past when she took a minor out as her date.

That minor was no other than Will Smith AN Jada Pinkett’s son Jaden Smith, who was only 14 at the time. You can check out the reactions below. 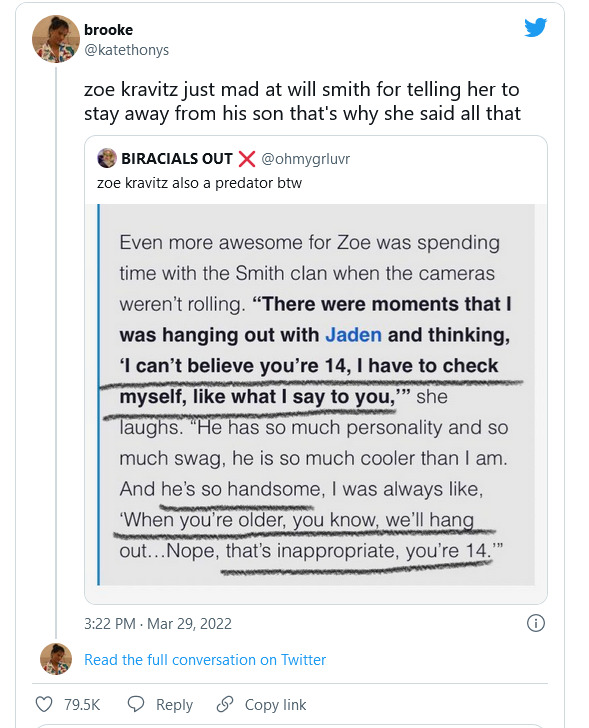 Tags
USA Zoë Kravitz
John Israel A Send an email 31 March 2022
Back to top button
Close
We use cookies on our website to give you the most relevant experience by remembering your preferences and repeat visits. By clicking “Accept All”, you consent to the use of ALL the cookies. However, you may visit "Cookie Settings" to provide a controlled consent.
Cookie SettingsAccept All
Manage Privacy