Valentine’s day is just in the corner, and single and hungry peeps are angling to snap those they have always had their eyes on. You can imagine the misery of some peeps when Terry Pheto revealed that she’s in love.

In a recent tweet, the actress revealed she was dating but failed to reveal the identity of the lucky bloke. For her 1.1 million Twitter fans, she could only volunteer that she had a perfect dinner date.

Some of her male admirers who saw her tweet were miserable as they felt they have lost her to someone else. 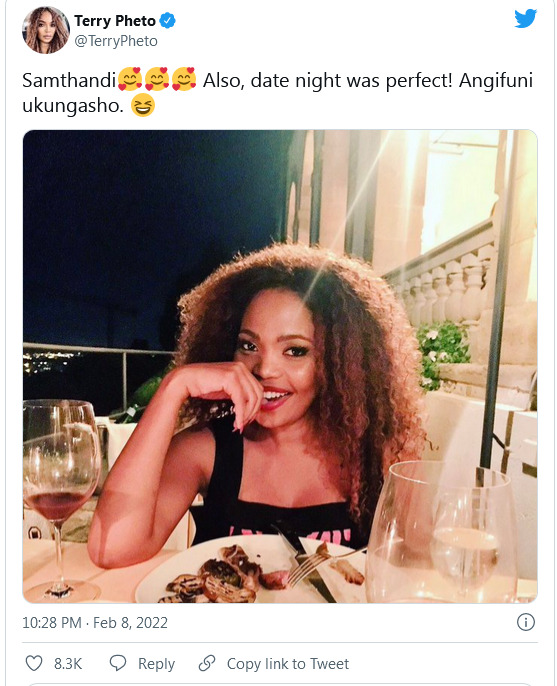 Who would blame them? Terry Pheto is one of the stunners in Mzansi’s entertainment industry. Not only is she good on the eyes, according to some fans, she’s also got a good spirit as well. 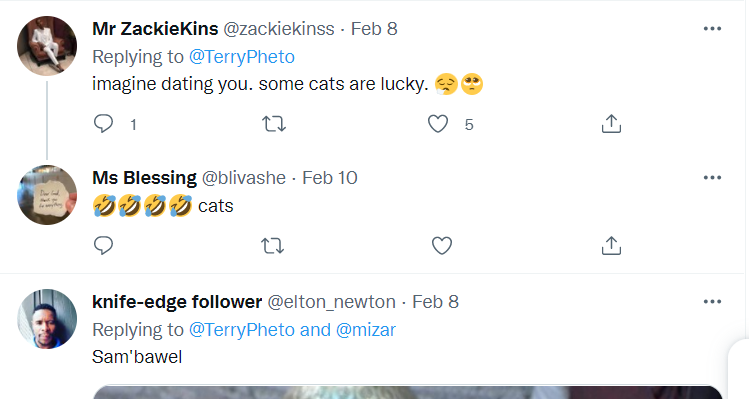 An admirer who felt he’d lost her tweeted that she should save room for him in her heart. Another expressed the wish to be in her view and yet another spoke of what exhilarating experience it would be to date her.

Well, Terry Pheto is only dating – not married yet. So y’all may want to hang in there. The door just might open to accommodate you. Who knows? Lol.

Tags
Terry Pheto
John Israel A Send an email 11 February 2022
Back to top button
Close
We use cookies on our website to give you the most relevant experience by remembering your preferences and repeat visits. By clicking “Accept All”, you consent to the use of ALL the cookies. However, you may visit "Cookie Settings" to provide a controlled consent.
Cookie SettingsAccept All
Manage Privacy