AKA says “African American come home” in reaction to the racist attacks in the US.

Virtually everyone with access to the internet has seen a recent disturbing video of an African American who died at the hands of a white policeman. The painful death of the 46 year old, George Floyd has caused an uproar all over the world.

Protesters in both America and all over the world continue to increase as a result of the racist killings of African Americans. AKA recently took to Twitter to react to the attacks. In his opinion, African Americans need to come home so “we could all just be nice and soft together“.

His followers also voiced their despair at the trending news which has been gaining more momentum. It seems the “Energy” stars knows a thing or two about the racism because he reacted to a tweet saying “you won’t understand because you haven’t been to America”.

See his series of tweets below: 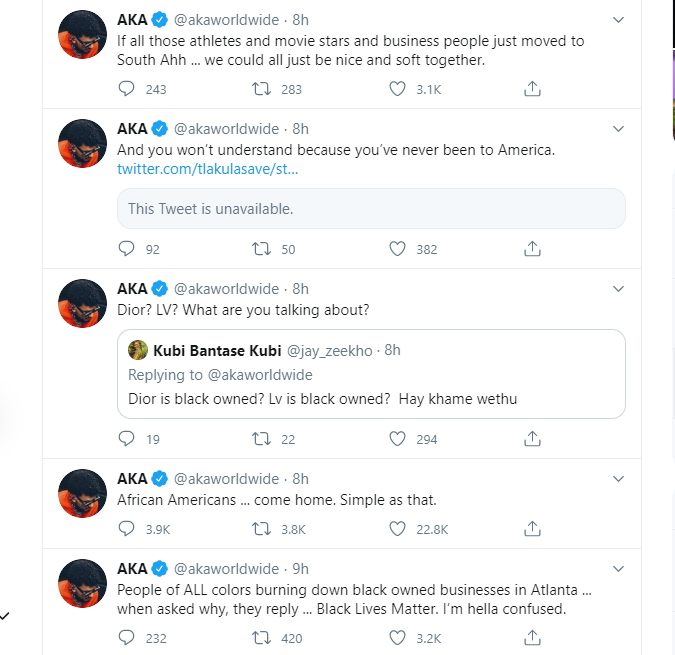 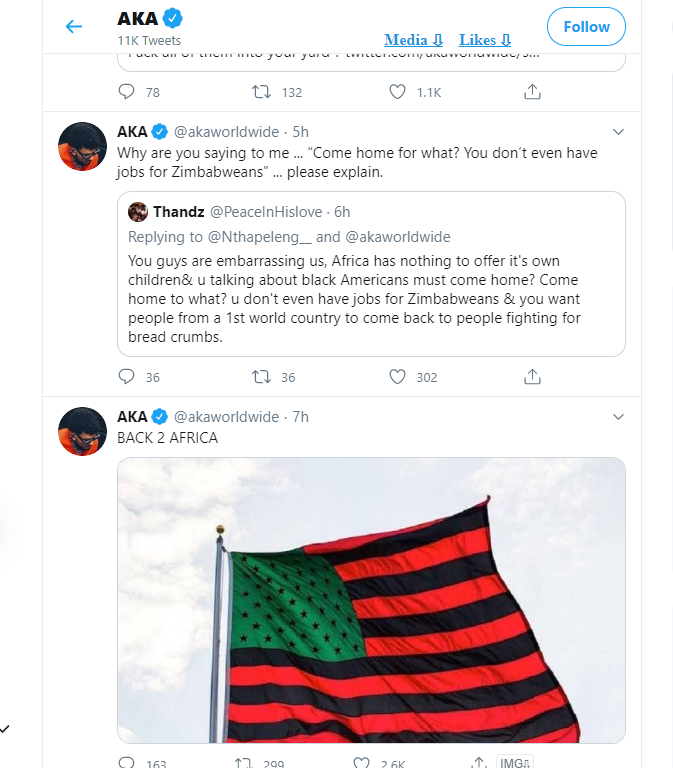 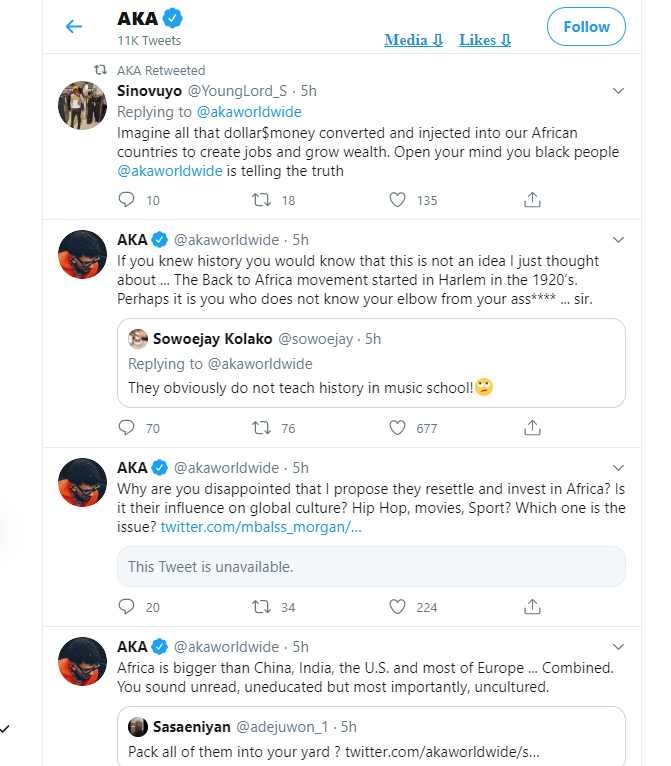