It has been crazy in the airwaves this year. We have received a lot of new entries from some of the country’s biggest and most sort after hit makers. We hear the Afro Brotherz are preparing to join the list with the coming release of their next project.

This is exciting news. The popular duo has contributed well to the growth of the Afro House genre since they hit the scene. They appeared in Prince Kaybee’s latest project “The 4th Republic”, and earned respect for their contributions to it.

The hit making brothers have revealed the title of the new project to be “The Lands” EP. They have also unveiled the tracklist to reveal 10 tracks including contributions from Chillax and TRM. This is something to look forward to. We have no doubt that it would be worth waiting for. 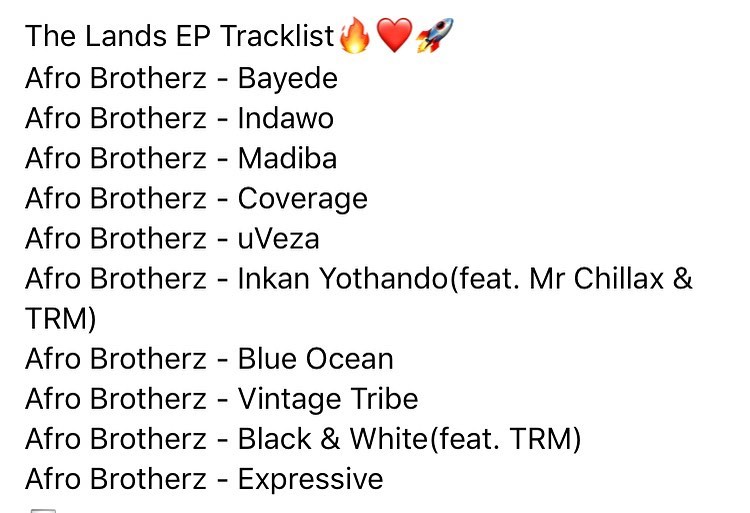