Singer Chris Brown made it – or so he said in a recent Instagram post showing him reuniting with his son Aeko.

The songster, who is allegedly to be currently dating the Vietnamese model Gina Huynh, has always wanted to see to Aeko following his split with former girlfriend and mother of his son Ammika Harris. But the coronavirus frustrated his plans.

Well, now, father and son have finally reunited. In a recent Instagram post, Chris Brown shared a picture of him, Ammika Harris and their son sitting on an outdoor bench. Ammika was beaming while holding firmly to their son who appeared interested in something in the distance.

Chris Brown did not give the location of the meeting, but it was clear from the picture and the caption that he was pleased and relieved to finally meet his son again. Speculations are rife that the “Look AT Me Now” singer travelled to Germany to meet his former girlfriend and heir son. 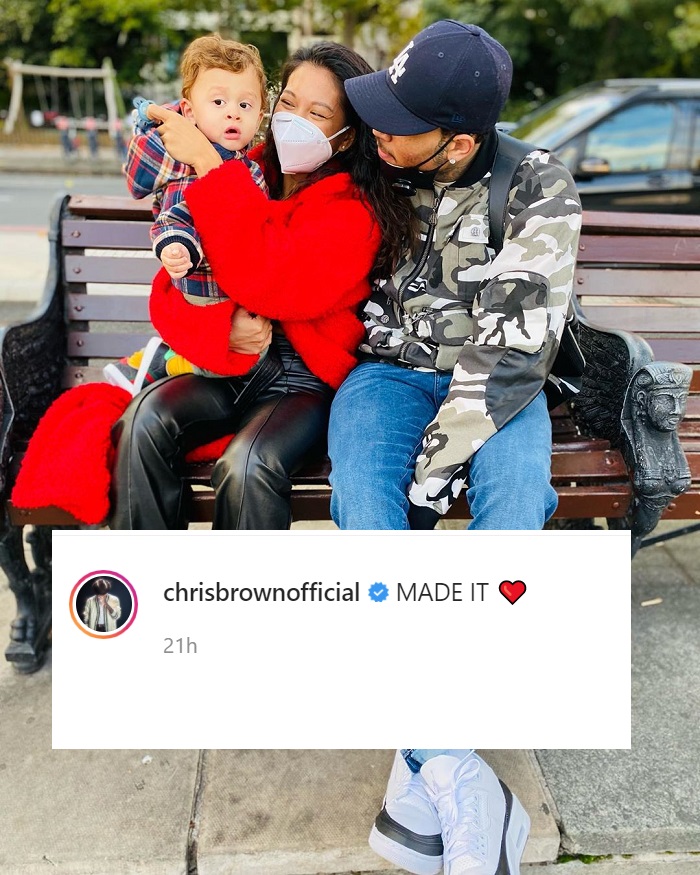 Chris Brown and Ammika Harris may have split, but from the looks of it, both are pretty cool with no longer being together. Right now, Chris Brown’s main love interest is said to be Gina Huynh, who once dated Diddy, another fine pop figure.