Some peeps, celebs or not, are bold with taking their shots. Others are not so bold. We might count “Job Woods” rapper Gigi Lamayne among the bold in the kingdom.

The songstress apparently has a thing for fellow rapper Flvme and flirted heavily with him online recently. Flame had responded that he is a nice guy until he gets inside thighs.

Unbothered, Gigi Lamayne shared an image of herself in a bikini, in the pool, and challenged Flvme to take her for a test drive. In response, Flvme dropped a couple of laughing emojis. You can check out screenshots of the conversation that had Mzansi laughing below. 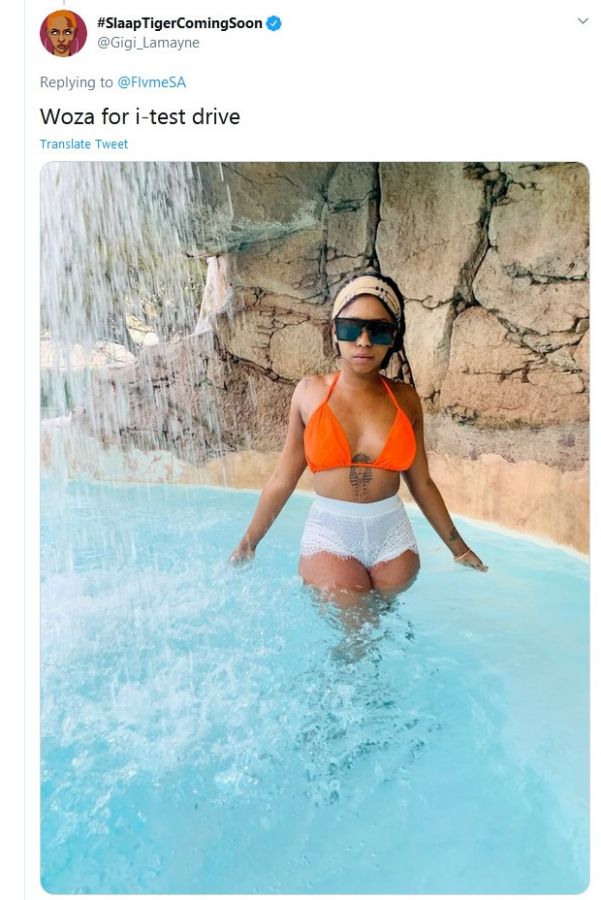 By the way, Flvme recently broke up with girlfriend Ashleigh Ogle amid allegations she cheated on him with several members of The Wrecking Crew. Ashleigh would not admit to the peccadillo, though.

On her part, Gigi Lamayne is apparently not attached and has been teasing the nation with stunning pictures of her in bikinis. The songstress was recently picked as the 10th most influential woman in South Africa.

Would Flvme accept Gigi Lamayne’s challenge privately? Dude is unattached at the moment and anything might happen. You wanna stay tuned for updates by following our social media channels