Cassper Nyovest had such a great outing in his fight with Slik Talk that he’s considering getting into professional boxing and transforming it into a multimillion-rand enterprise.

The fight was the talk of Mzansi for days. And Cassper Nyovest is still luxuriating in the euphoria of it all.

In a recent post on social media, he’d shared that he had a conversation with Kevin Larena, a professional South African boxer, who congratulated him on his fight. He rued the fact that South Africa has world champions who are not even known because not much publicity is accorded to boxing.

Anyway, he thinks all that is about to change and boxing will be getting all the attention and all the rand it deserves. 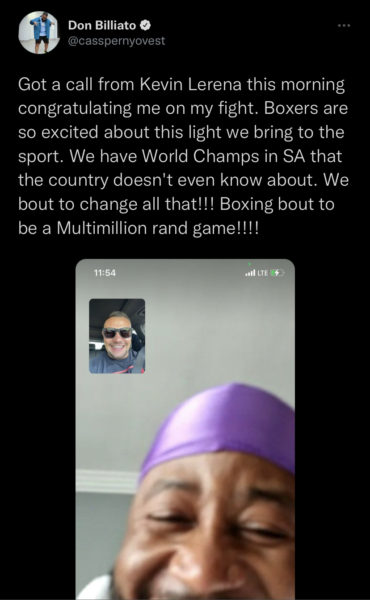 By the way, Cassper Nyovest’s baby mama Thobeka Majozi is against fighting. But she was chuffed that her man was able to defeat his adversary in the ring. She didn’t let their son watch the match, however. And the tot was sad about it.

Anyway, Cassper Nyovest will be meeting Naakmusiq in the ring on April 8, 2022. This would be a much-balanced fight than the one he had with Slik Talk, who was totally out of shape when he sparred with Cass.

Tags
Cassper Nyovest
John Israel A Send an email 24 December 2021
Back to top button
Close
We use cookies on our website to give you the most relevant experience by remembering your preferences and repeat visits. By clicking “Accept All”, you consent to the use of ALL the cookies. However, you may visit "Cookie Settings" to provide a controlled consent.
Cookie SettingsAccept All
Manage Privacy