Apparently AKA his having the time of his life with his new girlfriend Nelli Tembe. He appears incredibly happy to be with her – or so his fans are saying after watching his first Tik Tok video – now available on Instagram.

In the clip, Nelli Tembe could be seen warming a pot in the kitchen. AKA strolled in and began gyrating. Nelli Tembe joined him, maintaining the same rhythm, and then waltzed to the fridge to check whatever. See the clip below.

It was an instant hit with fans. Some of them are of the view AKA is happy in his relationship, behaving like a baby in the video. You may want to check out screenshots of some fans’ reactions below. 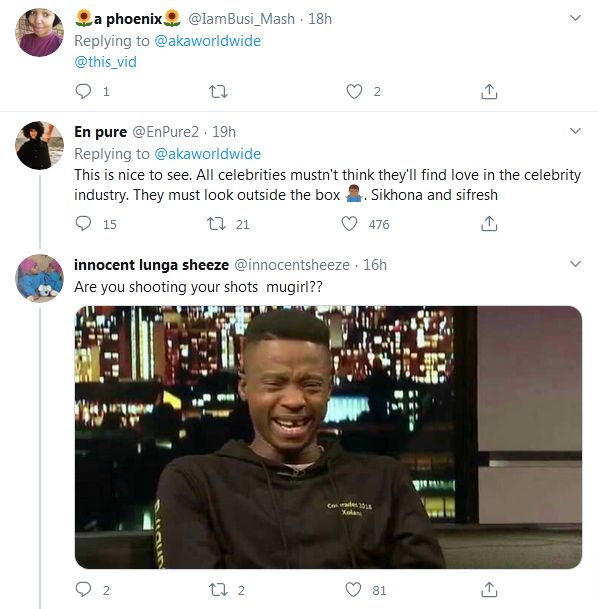 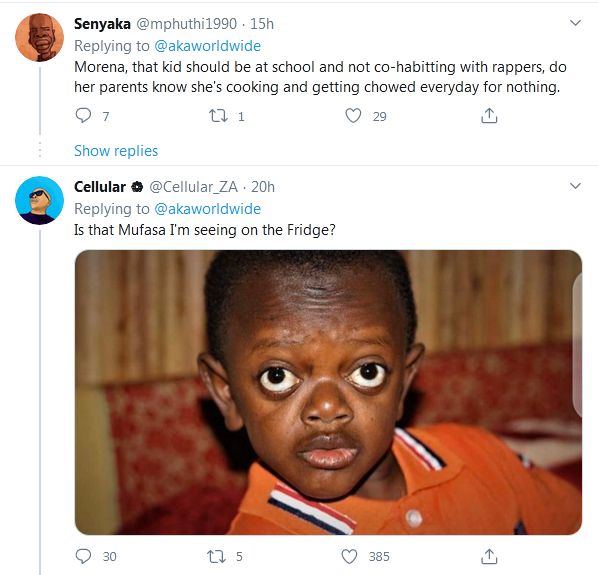 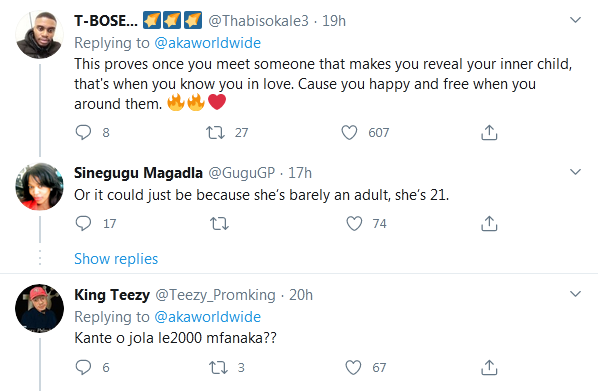 By the way, AKA is currently working on “Bhovamania” album. To promote the album, he has been releasing merch for the ladies and the gents, as well as teasers of the work in progress.

Tags
AKA Nelli Tembe
John Israel A Send an email 22 August 2020
Back to top button
Close
We use cookies on our website to give you the most relevant experience by remembering your preferences and repeat visits. By clicking “Accept All”, you consent to the use of ALL the cookies. However, you may visit "Cookie Settings" to provide a controlled consent.
Cookie SettingsAccept All
Manage Privacy