AKA is giving fans the triple dose of happiness, as he announces he will be dropping three new songs this Friday.

AKA upon launching AKATV revealed he will be dropping some new songs and he will be using the TV platform to launch them. Now the rapper is fulfilling his promises and it got all his fans hyped up.

AKA took to his Instagram page to announce the date for the release and the title of the songs. Supa Mega revealed the three songs to be, “Cross My Heart”, “Monuments” and “Energy”, all songs will be dropping on Friday the 22nd of May 2020. 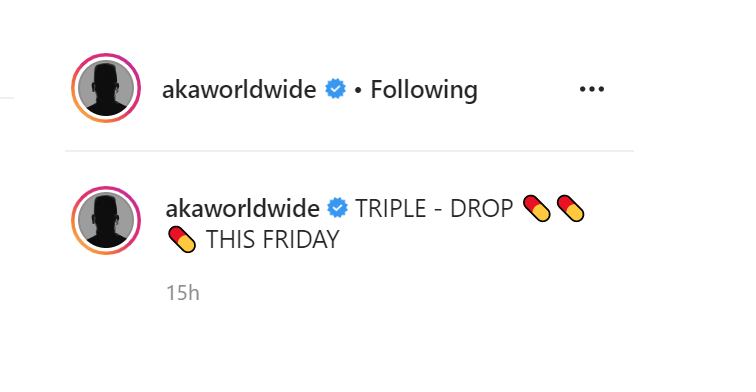 In other news, AKA revealed he invested a total of R5 million on his new online TV platform. He stated that he wanted to give his fans services that are topnotch, hence why he invested big on the online TV, which carries a subscription of R49 monthly.

Tags
AKA AKATV
Wuraola Salawu Send an email 20 May 2020
Back to top button
Close
We use cookies on our website to give you the most relevant experience by remembering your preferences and repeat visits. By clicking “Accept All”, you consent to the use of ALL the cookies. However, you may visit "Cookie Settings" to provide a controlled consent.
Cookie SettingsAccept All
Manage Privacy