Debt is never a good thing, and those under its yoke will tell you just that. Kiernan “AKA” Forbes used to owe the South African Revenue Service (SARS), but he’s debt-free now. And he’s ecstatic. Who wouldn’t be? The taxman is as unfriendly as they come – or so the taxpayer will tell whoever cares to listen.

In a post to his Instagram page, AKA had noted that he’s officially debt-free – no longer owing the taxman. The use of the phrase Hallelujah showed just how relieved he was to have overcome that. 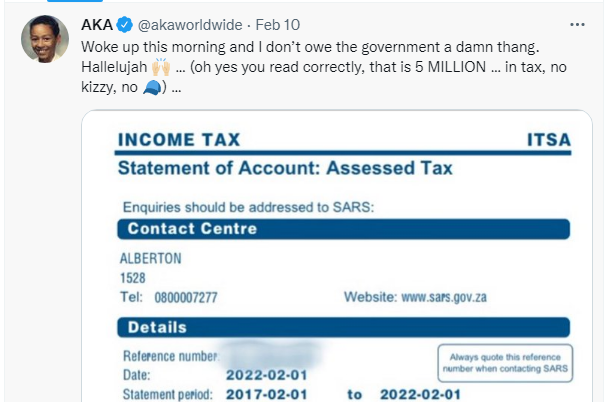 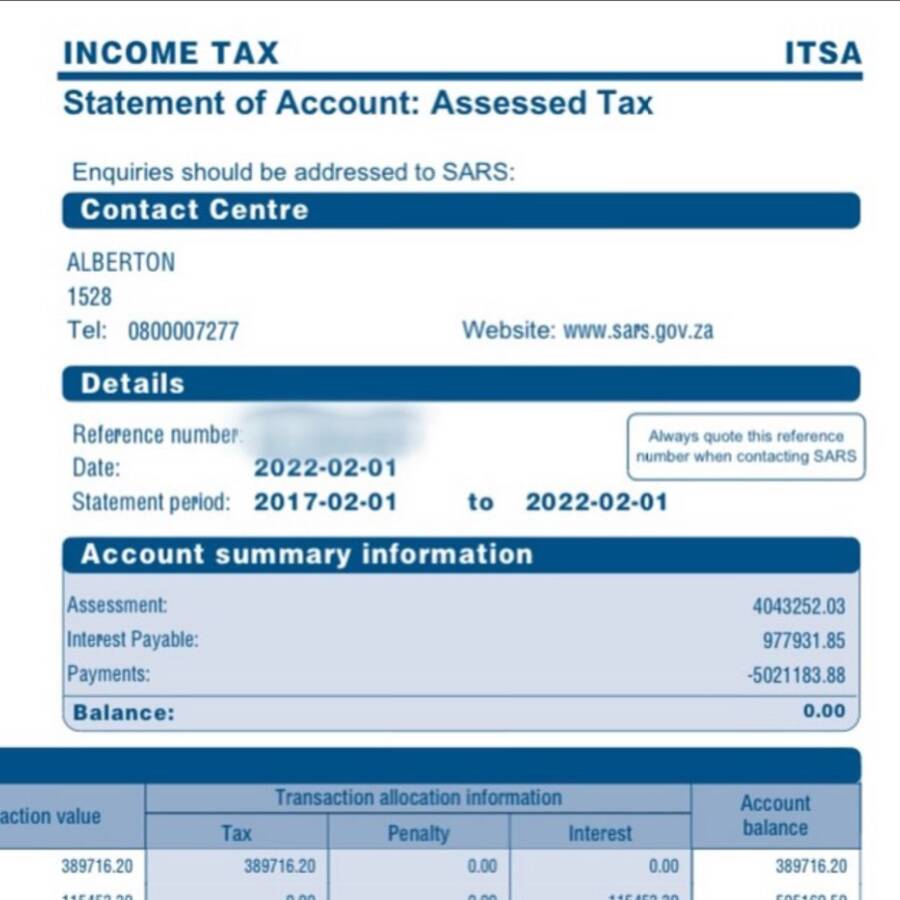 A fan seem to appear unimpressed with the Hip-hop artist’s earnings and he shared his opinion: 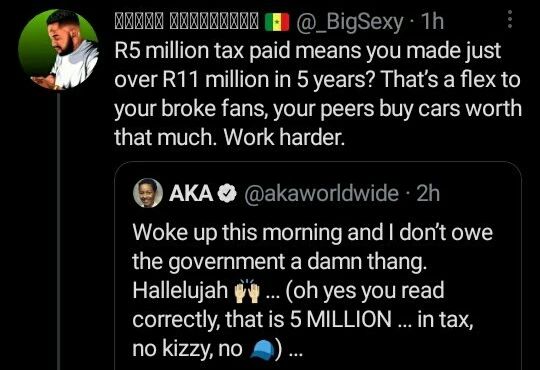 By the way, AKA recently joined the debate on weed. Bra might be on the weed and it is – really should be, according to him – nobody’s business.

Also, after a dating break sparked by the death of his fiancé Nelli Tembe, the songster appeared to have joined the dating game again, with “Yass Bitch” rapper Nadia Nakia as his latest catch. So far, though, he’s yet to formally admit he’s dating the songstress.

Well, Kiernan is outta debt, and that’s what counts for now.

Tags
AKA
John Israel A Send an email 11 February 2022
Back to top button
Close
We use cookies on our website to give you the most relevant experience by remembering your preferences and repeat visits. By clicking “Accept All”, you consent to the use of ALL the cookies. However, you may visit "Cookie Settings" to provide a controlled consent.
Cookie SettingsAccept All
Manage Privacy