Back when voting was ongoing for the South African Music Awards (SAMA), AKA had urged his fans to focus on the “Best Music Video” category in their voting. Apparently his fans listened to him: AKA went home with the award.

Having finally received his award plaque in Best Music Video category for the visuals of “Jika” (Ft. Yanga Chief), AKA took to Instagram to thank his fans for their support in getting the award.

In the post, which showed him displaying the award plaque with his left hand, the hip hop champ said he honestly thought he was done with submitting for awards, let alone winning them. 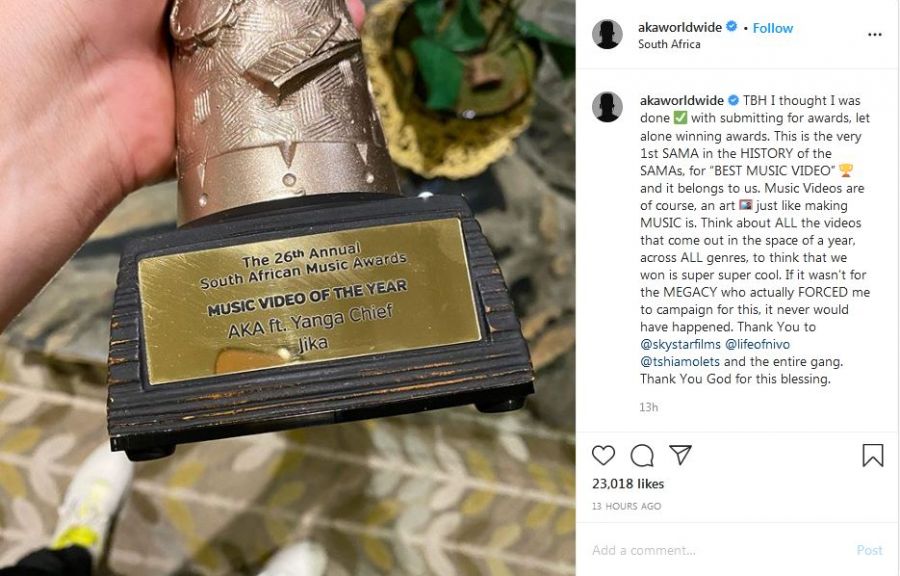 The Best Music Video category was a new creation of the SAMA and AKA was the first in history to win it. So this means a lot to him. He thanked his creative team, his fans (collectively called the Megacy), and God for the win.

By the way, AKA is currently working on a new album titled “Bhovamania.” He had boasted that it would be the best album of the year. It remains to be seen if the album will live up to the hype on release.

He gave no release date for the project, but we’ll surely share it with you on release.