AKA’s career successes continues with the hosting of The Braai Show on SABC-1. The first edition of the show reportedly recorded about 2.8 million viewers. The show initially stared on the AKATV app until AKA clinched a deal with SABC-1 to bring the show to television.

The decision to bring the show to television was received with great pleasure for many fans who were unable to subscribe to the app.

The numbers for The Braai Show on SABC-1 aren’t lost on AKA, who is already dreaming of becoming the top show host in the country.

Recent reports indicate that the first episode of the show, which aired at 7:30pm, is now one of the most watched on SABC-1. 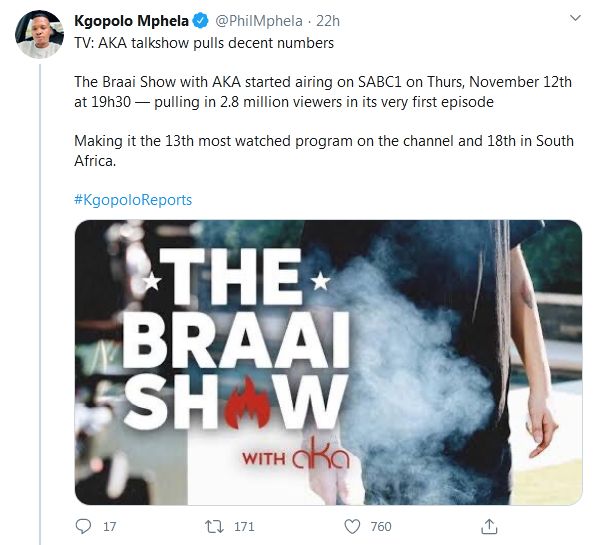 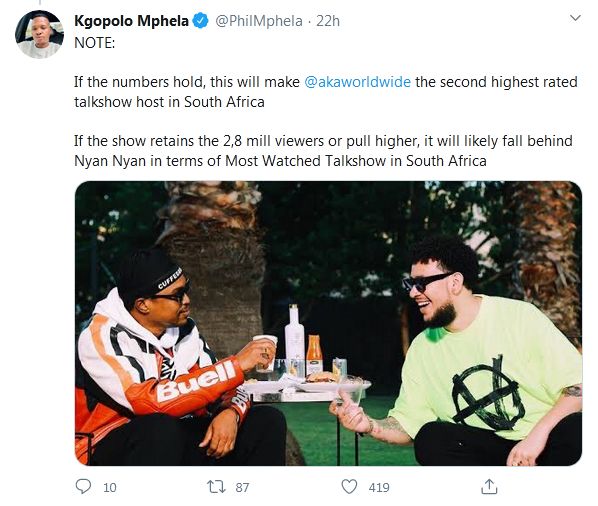 Snapping the number one spot will be a career coup for the rapper whose recently released “Bhovamania” album is currently the talk of town. The project had cliched the number one spot on Aplle Music’s Album chart prior to release and managed to hold on to the position.

Tags
AKA
John Israel A Send an email 19 November 2020
Back to top button
Close
We use cookies on our website to give you the most relevant experience by remembering your preferences and repeat visits. By clicking “Accept All”, you consent to the use of ALL the cookies. However, you may visit "Cookie Settings" to provide a controlled consent.
Cookie SettingsAccept All
Manage Privacy