AKA blasts SA Government for yet another ban on alcohol.

Literally everyone in Mzansi is furious at the government for placing yet another ban on the sale of alcohol in the country. It seems like it was just yesterday that we came out of the first ban.

The government had announced that “the ban on the sale of alcohol and cigarette will remain in place throughout the lockdown period”. The purpose of the band would be “to save lives and protect the health and well-being” of the people in Mzansi. Well, that didn’t sit well with literally everyone, and AKA took to Twitter to call them out.

The rapper who is also in the alcohol business, spoke out for virtually everyone who would be left without jobs. That is estimated to be over a million people including wine farmers, drivers, tavern owners, and more. He wondered about what they would do for money saying “No doubt lives are important. What about livelihoods?” 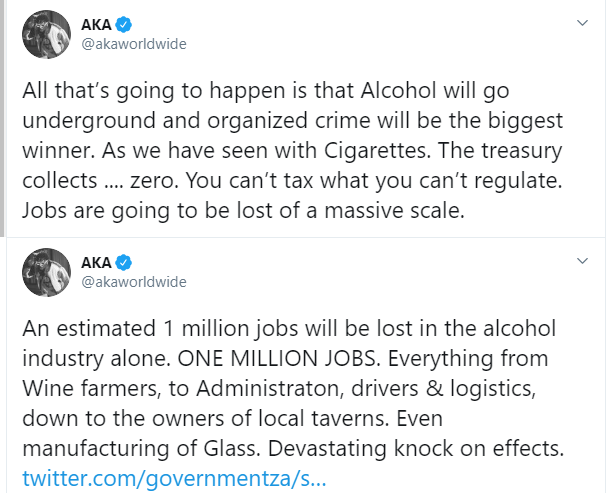 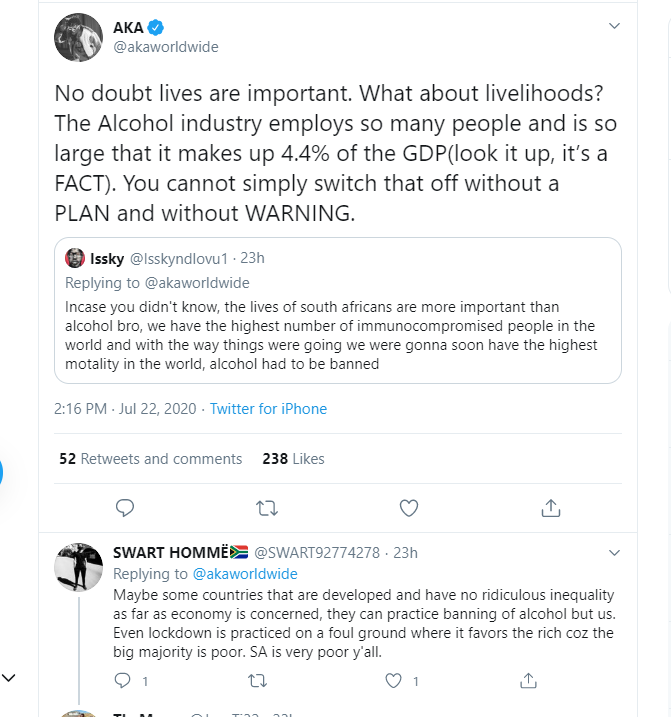 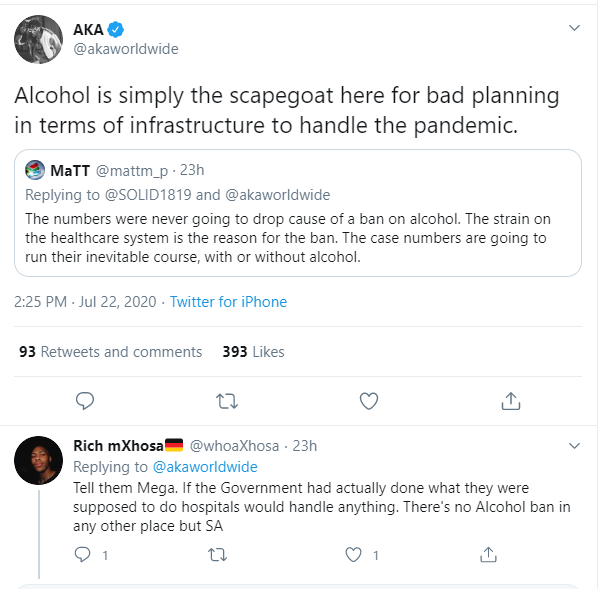