Love is in the air, and it isn’t even Valentine’s season. Nadia Nakai and her new man, AKA, seem to be going strong despite rumors that there may be trouble in paradise. The couple’s loved up photos on social media prove that they are in it for the long haul.

Nakai celebrated her 32nd birthday yesterday, May 18, and her man gave her a special gift. She took to her Instagram stories to share the gift, a Marilyn Monroe Mont Blanc Pen, which cost a whopping R13K. According to her, she’s meant to sign something soon, so her man gifted her the expensive pen.

Now, we’re jealous. This isn’t the first time he’s gifting her something pricey. During the festive season, he bought her a Rolex. Shout out to the king and queen. 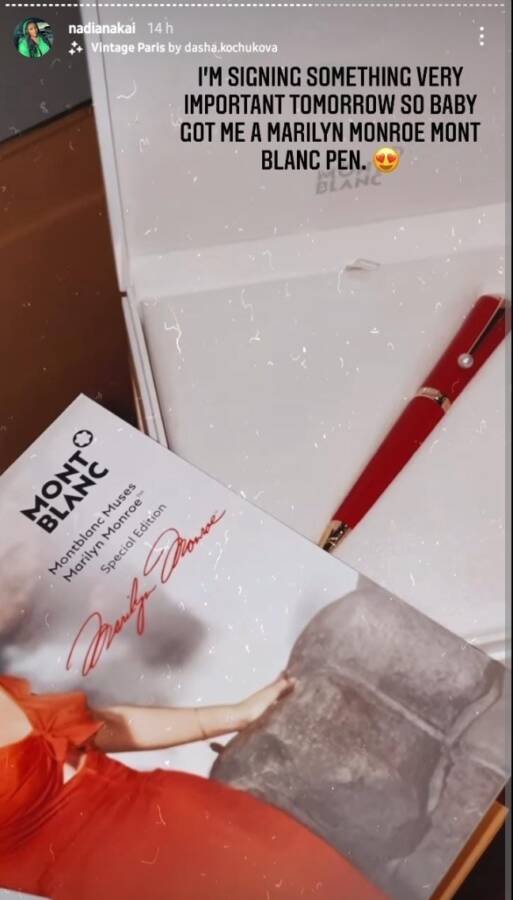 Tags
AKA Nadia Nakai
John Jabulani Send an email 20 May 2022
Back to top button
Close
We use cookies on our website to give you the most relevant experience by remembering your preferences and repeat visits. By clicking “Accept All”, you consent to the use of ALL the cookies. However, you may visit "Cookie Settings" to provide a controlled consent.
Cookie SettingsAccept All
Manage Privacy