It has been said that if you’re putting in the work, you’ll get your flowers one way or the other. This has proven true in the life of South African rapper Nasty C. Just recently, two of the biggest names in South African hip hop shouted him out for his contributions to their music.

In a tweet, Cassper, who’d worked on Nasty C’s “Loco” track, shouted him out and thanked him. According to Cass, the Zulu Man With Some Power made him rap which fans apparently loved because it was different, and they didn’t realise he could rap that way. You can check out the tweet below. 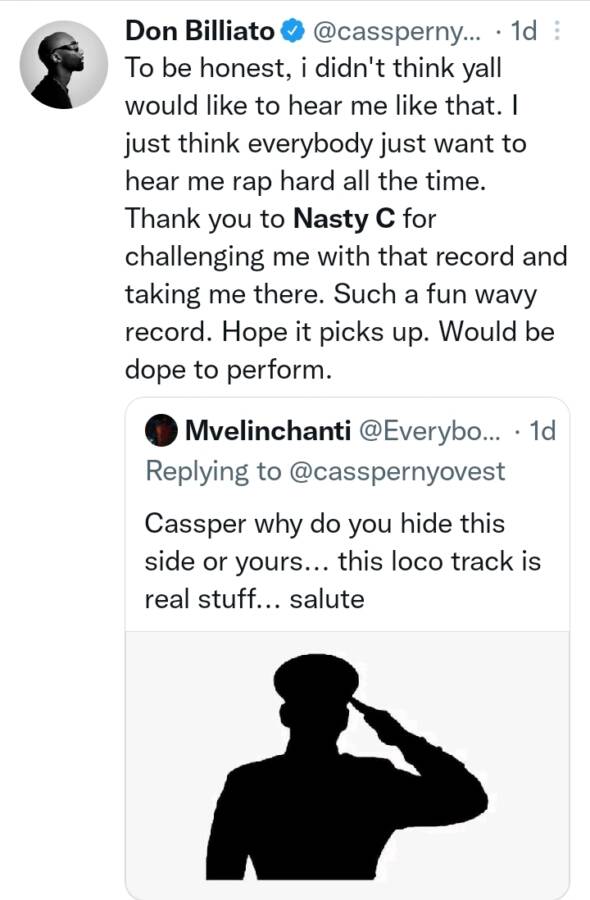 Also, AKA took out time to shout out Nasty   and  hail his contributions to his song “Lemons (Lemonade).” The song was much hyped among AKA’s fans, some of whom think it’s his best song to date. 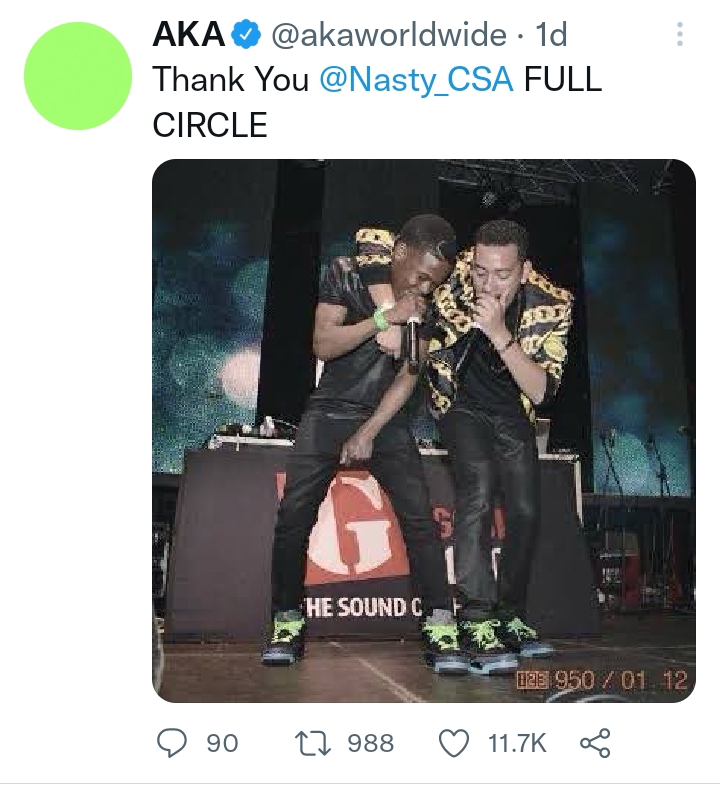 Actually AKA and Nasty C have come a long way as friends and collaborators. AKA was already a k own figure when Nasty C was a young lung thirsting for sunlight in the universe of South African music. At some point when he was scheduled to perform, AKA had brought Nasty C on stage to perform with him.

Tags
AKA Cassper Nyovest Nasty C
John Israel A Send an email 17 September 2022
Back to top button
Close
We use cookies on our website to give you the most relevant experience by remembering your preferences and repeat visits. By clicking “Accept All”, you consent to the use of ALL the cookies. However, you may visit "Cookie Settings" to provide a controlled consent.
Cookie SettingsAccept All
Manage Privacy