AKA is still seriously in love with his latest girlfriend Nelli Tembe and he’s not hiding it. What other way to show his love than to shout her out so the world would know?

Well, taking to Instagram recently, AKA had let her know he loves her, stating she is comely. He ended his note with “miss you loads,” indicating he wasn’t with her at the time he made the post. A ring, a love-eyes and a heart emoji drove home the message of his addiction to her.

AKA recently gave Nelli Tembe an engagement ring, indicating he might take things to “permanent site” with her soon. Some social media users had not been impressed with the engagement ring and had warned Nelli Tembe that it would end in tears – referencing AKA’s immediate past relationship (with DJ Zinhle). 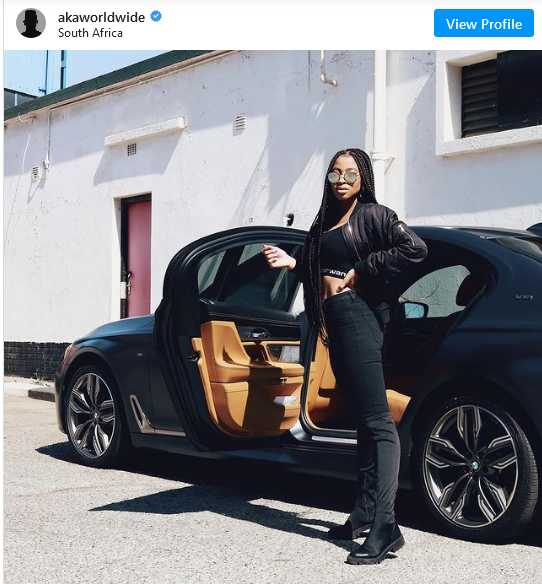 Some fans had even pointed out that AKA had at some point given out engagement rings to the women previously in his life but without eventually marrying them.

Would Nelli Tembe’s case be different?

At any rate, it is apparent AKA doest care much about the public’s opinion of his relationship with Nelli Tembe. Or what do you think? Share your thoughts below.