SA Hip Hop star, AKA has given flowers to fellow rapper, Okmalumkoolkat for spitting dope bars in the song “Spitting Cobra”.

One thing that the SA Hip Hop industry needs is to appreciate each other more. There is always drama, artists feuding with each other, and less unity. That seems to be changing this year.

AKA has always been known to share his unfiltered thoughts about things. The Mzansi star recently made a move that warmed hearts. He shared a clip of rapper, Okmalumkoolkat spitting bars in the song “Spitting Cobra” and handed him his flowers.

In the post captions, he wrote, “What y’all know about this Hip Hop sh*t? Huh?”. Touched, Okmalum reacted to the post with a quote from Cobra. The “Amalobolo” star had previously called Mzansi out for not giving artists their flowers while they were alive after DJ Dimplez’s passing. This must have touched his heart. 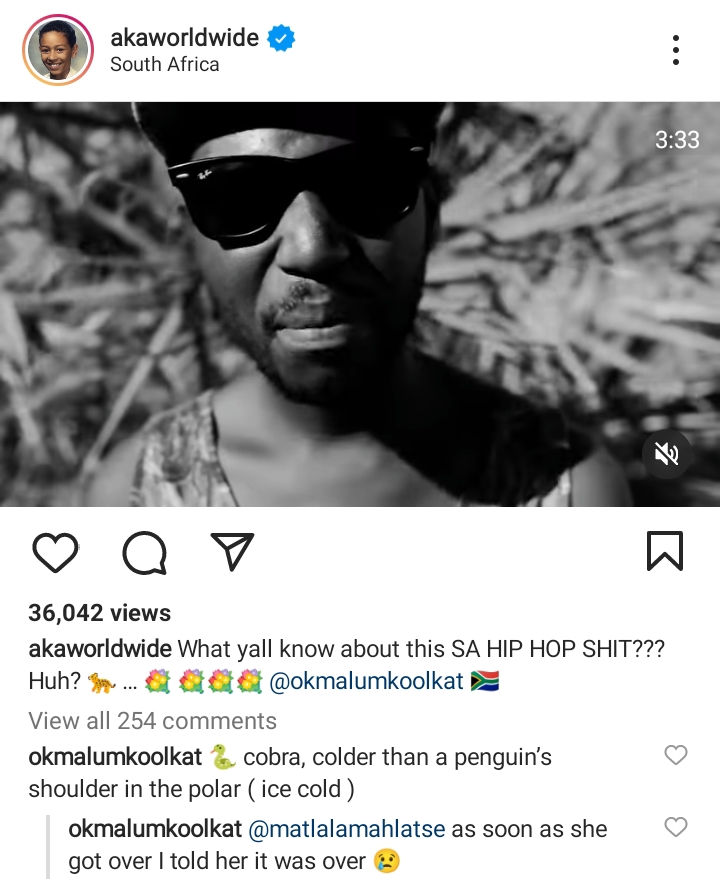 Tags
AKA Okmalumkoolkat
John Jabulani Send an email 8 April 2022
Back to top button
Close
We use cookies on our website to give you the most relevant experience by remembering your preferences and repeat visits. By clicking “Accept All”, you consent to the use of ALL the cookies. However, you may visit "Cookie Settings" to provide a controlled consent.
Cookie SettingsAccept All
Manage Privacy