AKA may have taken a shot at his rival Cassper Nyovest in his track “Mufasa,” off his 13-track “Bhovamania” EP, which is currently at the top of Apple music South Africa’s album chart.

At the outset, he wanted to call the song “Lion King.” But then, according to him, he decided to exploit people’s thirst for controversy by naming it “Mufasa,” the name of his rival, which also references the supposed king of the jungle – the lion.

Parts of the lyrics indicate the “lion” here is not generic, and that it actually references Cassper Nyovest. For instance, part of the lyrics reads: Over 10 years I done paid my dues/ I don’t give a shit who next/ I don’t play fair… Only bears care about you.

At whom has the songster possibly fired this shot? Well, your guess is as good as wine. Apparently AKA takes great pride in having fired those shot, for unlike the lyrics of other songs in the compilation, he actually shared the lyrics given above, with five laughing emojis showing how mordant he was. 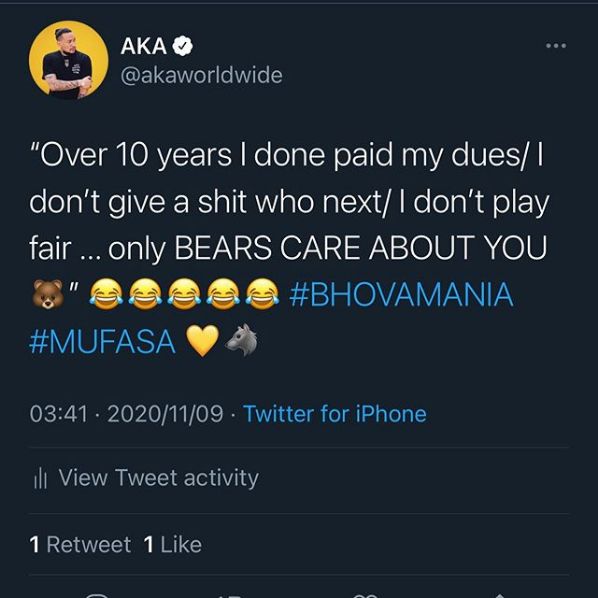