AKA says he’s the greatest SA Hip Hop artist of all time, dead or alive”.

To be a Hip Hop artist, you need a lot of confidence. A ton of it even. A lot of Hip Hop fan bases rely on the hype of who is the best or the greatest of all time.

About a week ago, a fan asked Mzansi female rapper, Rouge if the word “humble” exists in Hip Hop and her honest reply was that it doesn’t. According to her, fans love it when artists hype themselves in Hip Hop. That’s something that we’ve become used to.

Which is why, everytime AKA or Cassper Nyovest proclaims themselves the Greatest Of All Time, we go along with it. We can’t count how many times, Supa Mega has taken to social media to remind fans who is king. Well, we can’t deny that he’s done so much to make him King except sign the right sneaker deals.

The “Energy” singer shared a tweet on Thursday, August 20, 2020 proclaiming himself “the greatest SA Hip Hop star of all time. Dead or Alive.” Of course, that was enough drug for his fans to hail him as always. Do let us know if you think he is. 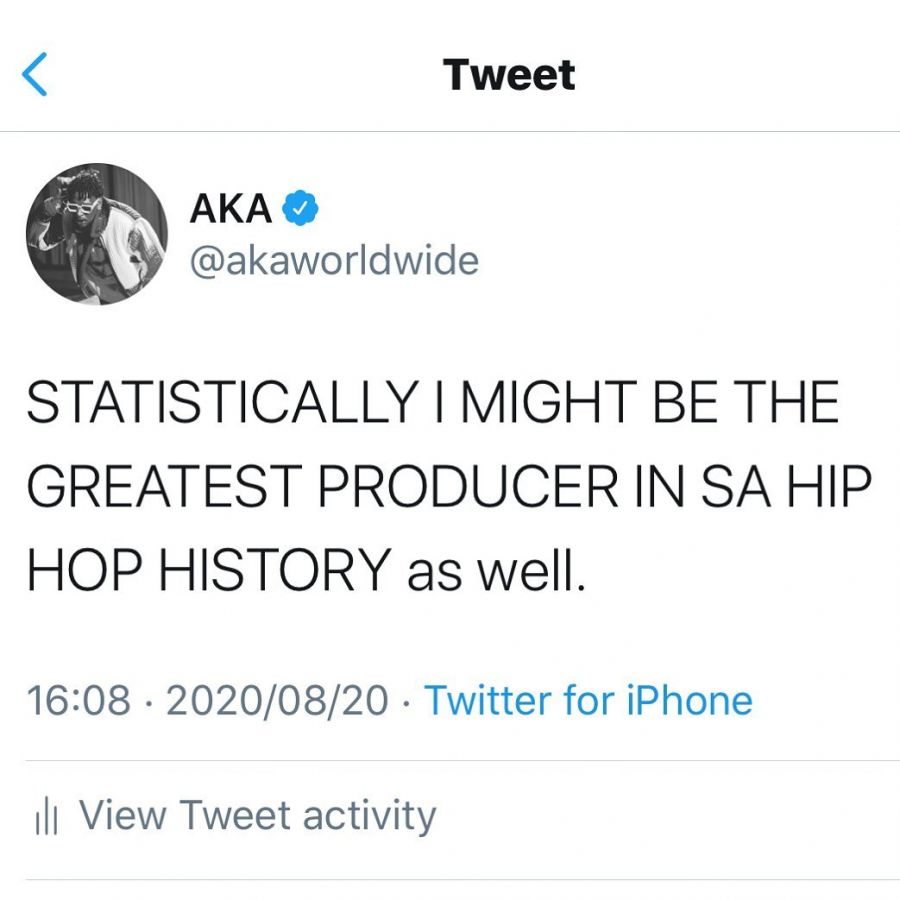 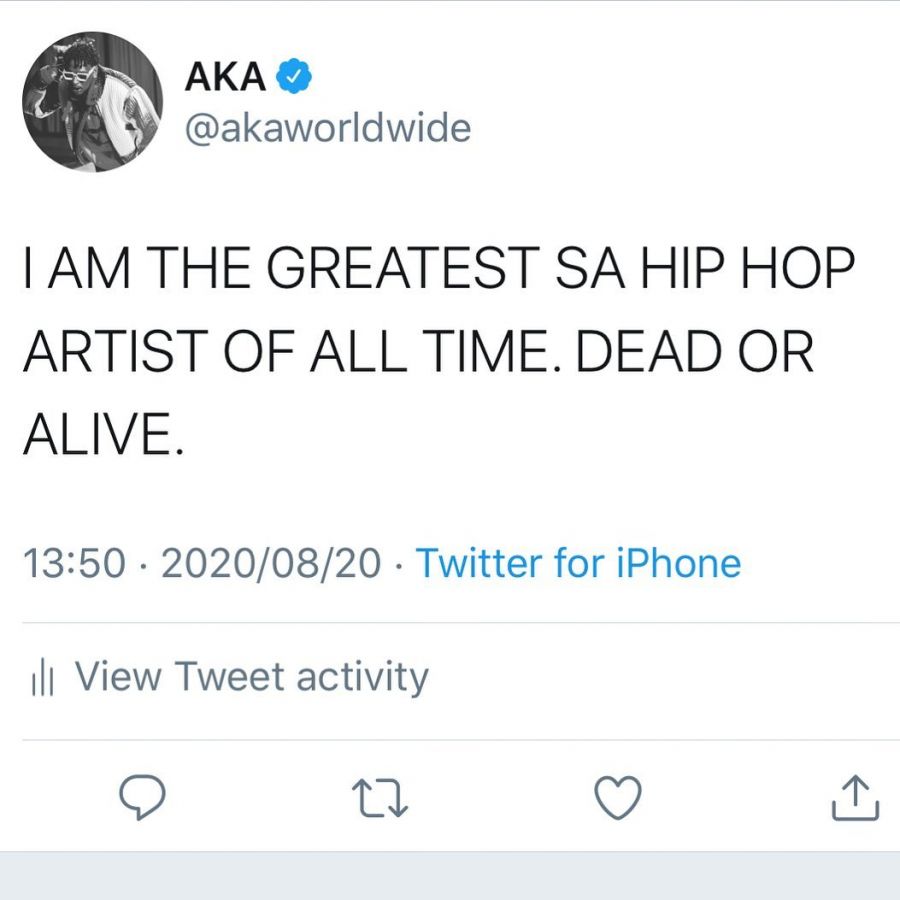 Tags
AKA
John Jabulani Send an email 20 August 2020
Back to top button
Close
We use cookies on our website to give you the most relevant experience by remembering your preferences and repeat visits. By clicking “Accept All”, you consent to the use of ALL the cookies. However, you may visit "Cookie Settings" to provide a controlled consent.
Cookie SettingsAccept All
Manage Privacy