AKA and Cassper Nyovest are well-known rivals — probably the biggest rivals in the music industry right now. So what will happen when the two of them are booked to perform at the same venue?

Well, that’s exactly what happened over the weekend, as both were booked to perform at Cabo Beach Club alongside DJ Sumbody.

In one of the posters released online, the show’s promoters made it seem like the two rivals will be performing at the same time and the same venue. It appeared like a strategic coup to intrigue fans and make them show up to see the rivals perform at the same place. It turned out AKA was unimpressed when he found out. He tweeted that the promoters thought they were sharp with their decision to bring Cass and him to the same venue. He would still perform, though. 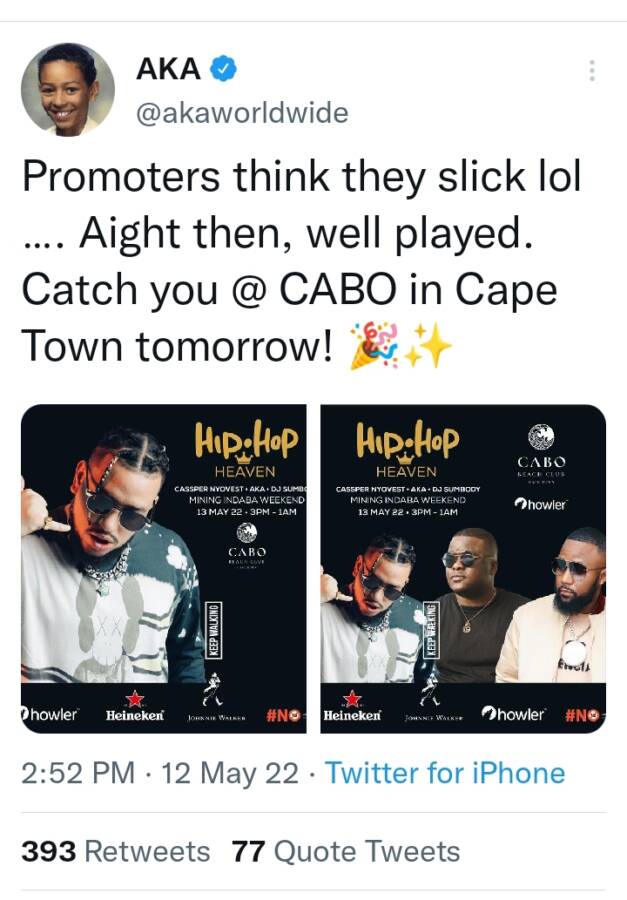 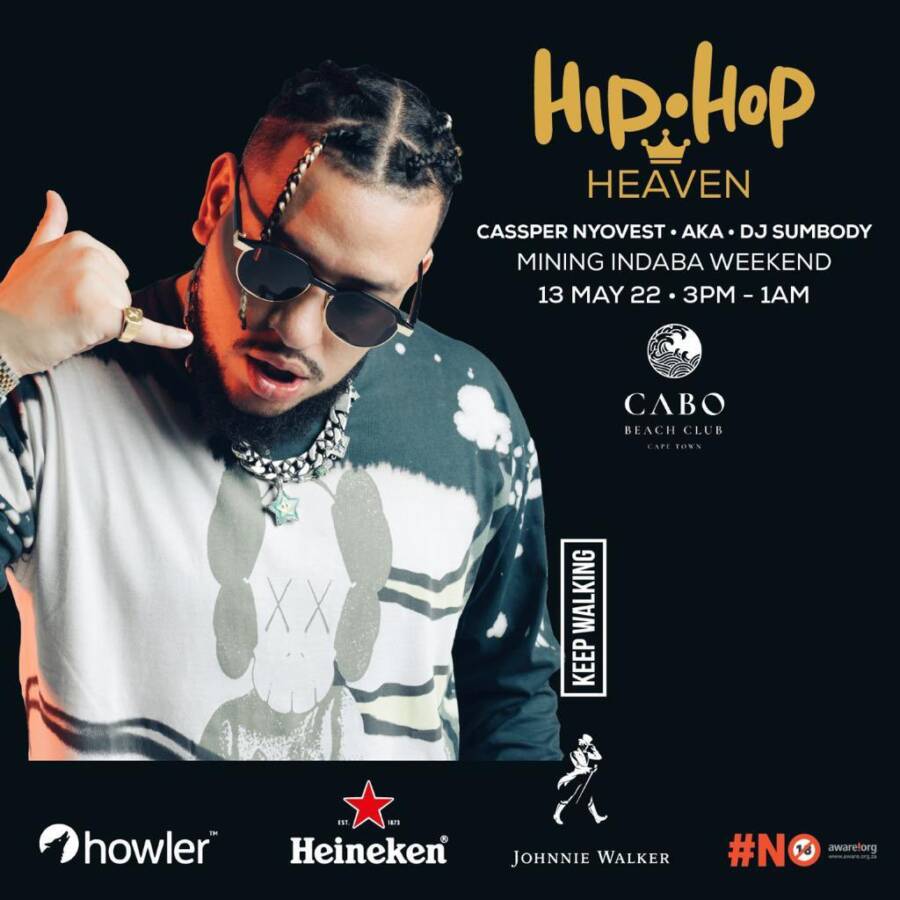 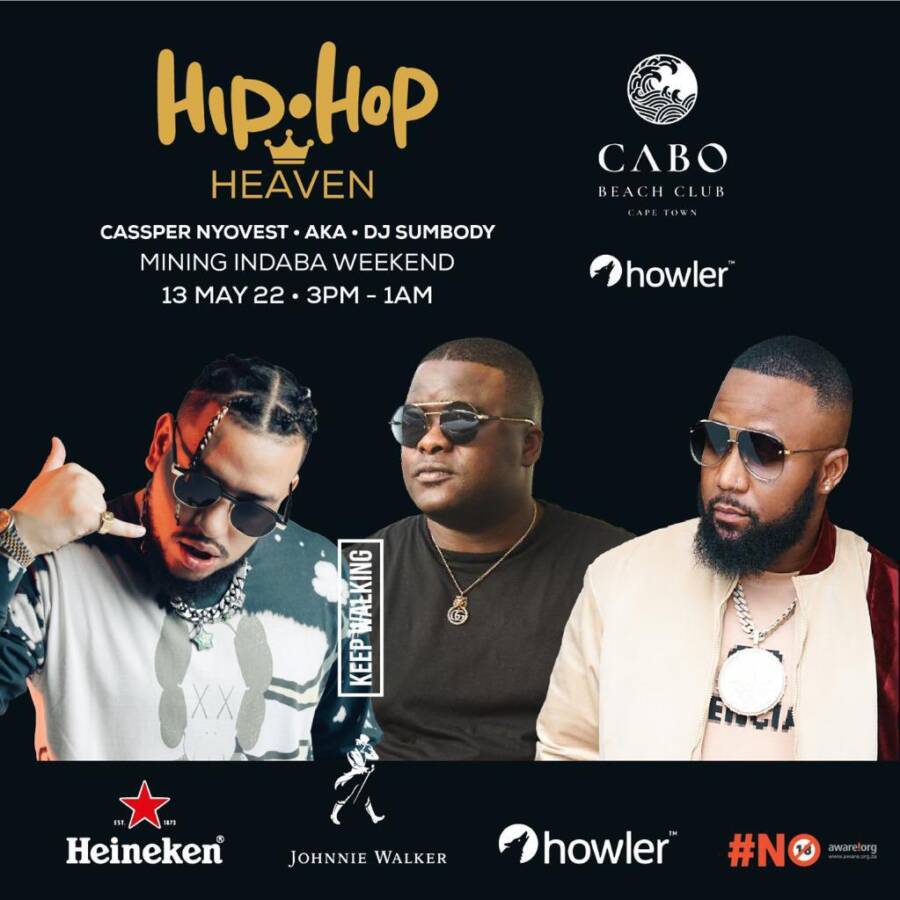 Cassper Nyovest and AKA have been rivals for as long as we can remember, always taking a jab at each other and competing in multiple fields, from sneakers to alcohol to music.

At this rate, it doesn’t appear like there would be a break in their rivalry yet. Some music buffs think that’s great for the culture, while others think they should just reconcile and get on with their music.

Tags
AKA Cassper Nyovest
John Israel A Send an email 18 May 2022
Back to top button
Close
We use cookies on our website to give you the most relevant experience by remembering your preferences and repeat visits. By clicking “Accept All”, you consent to the use of ALL the cookies. However, you may visit "Cookie Settings" to provide a controlled consent.
Cookie SettingsAccept All
Manage Privacy