Hip hop champ AKA has just released (sample print of) Bhovamania merch for the ladies, pacifying fans who were aggrieved he had only released merch for the guys.

“Bhovamania” is (supposedly) the title of AKA’s imminent 10-track album, from which he has already released three tracks: “Cross My Heart,” “Monuments” and “Energy.”

The songster has been promoting the album with the release of merchandise bearing the album’s title. The merchandise released at the outset was meant for men. The women wanted something for themselves, and now they’ve got it.

While some fans think “Bhovamania” should be at the back and “Fucking Relax” in front, others think otherwise, preferring AKA’s original design. According to AKA the merch for the ladies will be available soon.

You can check out the merch design as well as AKA’s post below. 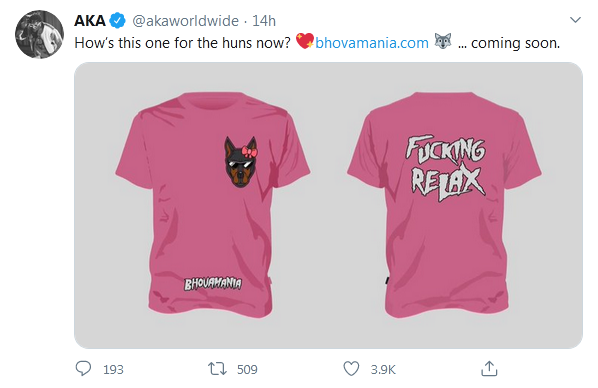 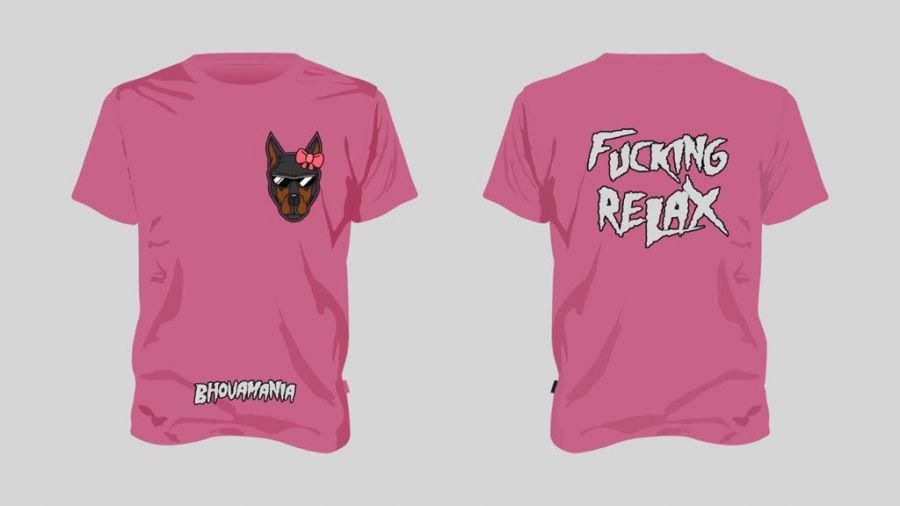 Well, what do you make of the merch for the girls? You may want to join the conversation by dropping your thoughts in the comment section below.