AKA reacts to being dragged by a fan into rival, Cassper Nyovest’s lawsuit scandal.

AKA and Cassper Nyovest’s feud is certainly going to be around for a long while, but we know they never rejoice over each other’s woes. That’s pretty mature of them but their fans still dont get this.

A recent alleged lawsuit against Mufasa had the internet going wild. It stated that the “Good For That” rapper was being sued for fraud but it turned out to be fake news. A fan tried to drag Supa Mega into it, thinking it would make his day. However, he got the opposite of what he expected.

The “Cross My Heart” hit maker wasted no time to set his fans straight. He revealed that it brings him no joy to see Cassper’s downfall. He also warned his followers not to try it next time. We think that’s pretty mature of him. 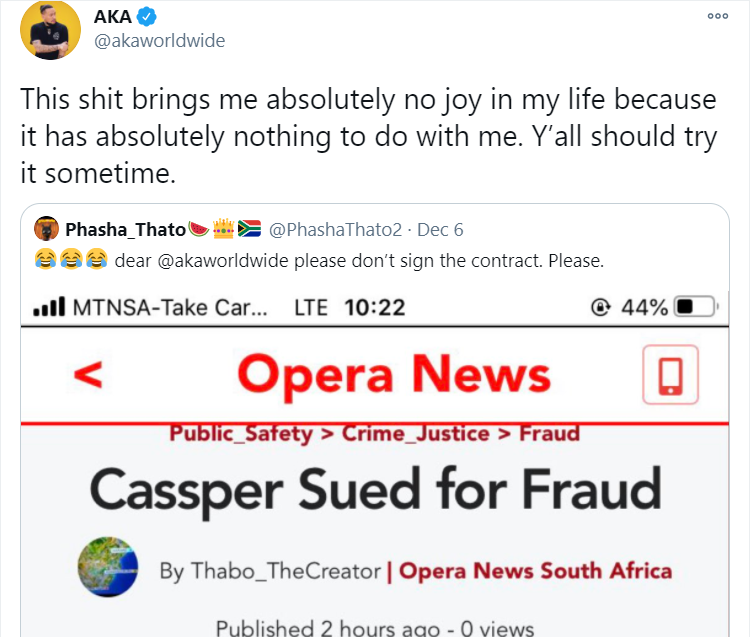