SA Hip Hop star, AKA, has remembered his late fiancée, Nelli Tembe, on the anniversary of her passing.

Last year, we could only imagine what rapper AKA went through. The talented emcee lost his fiancée (at the time) to what has been ruled a suicide. The news blew up all over social media, and Supa Mega had to take some time off to recover from the shock.

Tembe was said to have jumped off the balcony of a hotel they were staying in. Following the suicide, the “Jika” star was accused of being abusive toward her. Photos and videos were shared to back these claims, but he was finally cleared.

Taking to social media yesterday, AKA shared a photo of the late Tembe to commemorate the first anniversary of her passing. He revealed that he will never forget that day for the rest of his life. Check it out below. 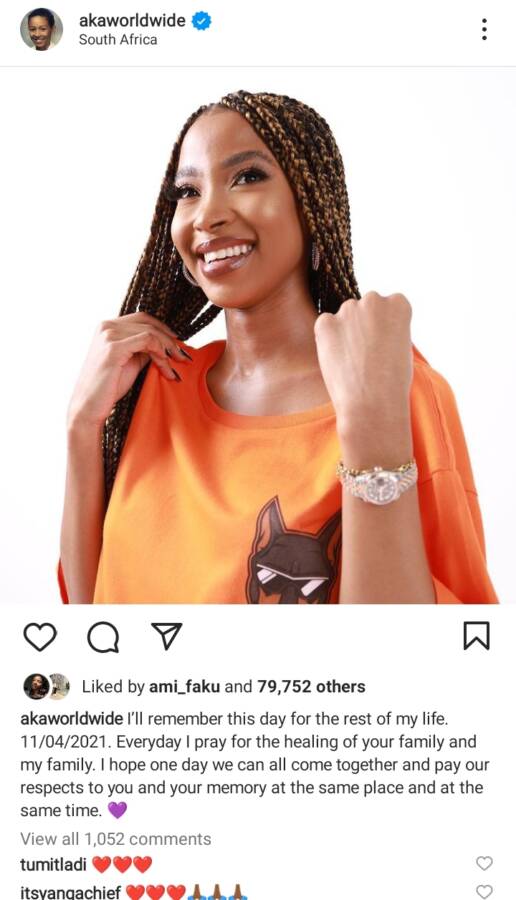 Tags
AKA Nelli Tembe
John Jabulani Send an email 12 April 2022
Back to top button
Close
We use cookies on our website to give you the most relevant experience by remembering your preferences and repeat visits. By clicking “Accept All”, you consent to the use of ALL the cookies. However, you may visit "Cookie Settings" to provide a controlled consent.
Cookie SettingsAccept All
Manage Privacy