AKA wanted a new logo design, and he put it up to his fans to come up with something for him. To encourage them, he noted in a tweet that he not only wants a design but will be paying for it also.

He added that by the time he logged back in, there would be some interesting designs to pick from. And he wasn’t wrong. Only, much of what the Megacy shared were sketches for a good laugh. So yeah, the “Touch My Blood” rapper found them pretty funny.

One fan drew what would pass for nothing more than a doodle of the AKA name and then urged the Supa Mega to run him his check. AKA retweeted the post with the laughing emojis showing he was deeply amused by it.

He also retweeted another doodle from another fan. This time, he used just three laughing emojis, which came just after the phrase “Y’all stupid!!!” It indicated he meant no harm, although he might have used a phrase that could easily trigger some people. 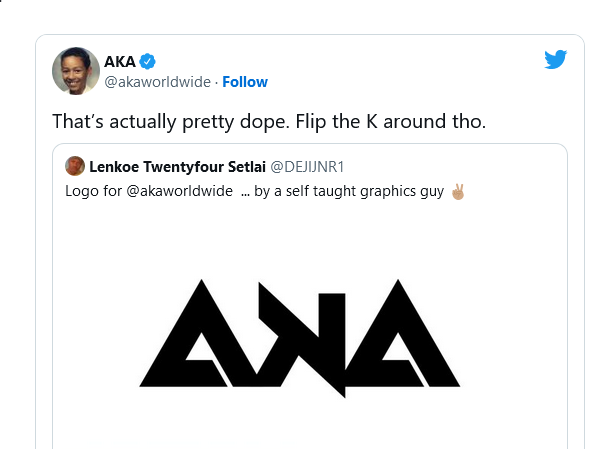 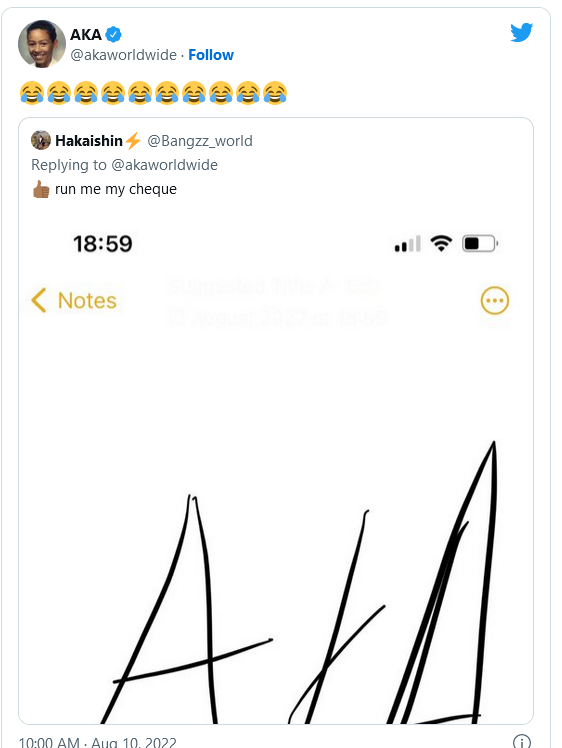 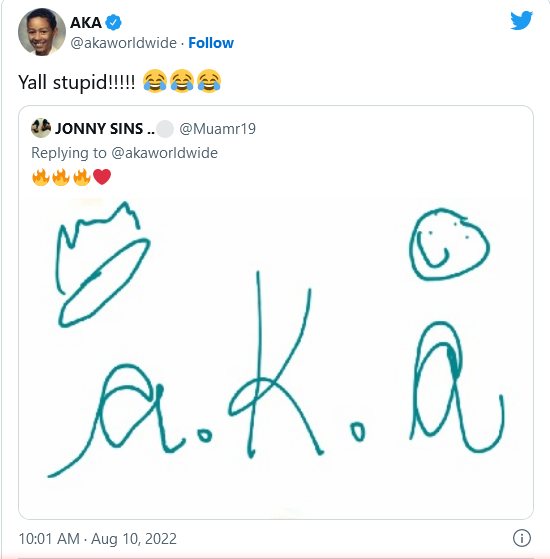 At the time of writing, there was no indication he had found a logo yet. So if you’re keen to have a few rands, you’re welcome to join the challenge and sketch a logo.

Tags
AKA
John Israel A Send an email 12 August 2022
Back to top button
Close
We use cookies on our website to give you the most relevant experience by remembering your preferences and repeat visits. By clicking “Accept All”, you consent to the use of ALL the cookies. However, you may visit "Cookie Settings" to provide a controlled consent.
Cookie SettingsAccept All
Manage Privacy