AKA opens up on why he can’t interview up and coming acts on his talk show The Braai Show.

Is there anything Supa Mega can’t do? We are beginning to doubt that there is. The Mzansi star thrilled fans last year when he unveiled his first ever talk show, The Braai Show which features him chatting with famous people in the country.

The show has featured established names across various vocations. There is no doubt that a second season will follow suit after the first. A curious fans recently tweeted at the rapper, asking why he doesn’t interview up and coming personalities and businesses on the show. He suggested that it would be better at profiling start-ups.

Replying the fan, Supa Mega revealed that the 30 minute limit would not be favourable to do that. He also stated that the viewers only signup to watch him interview famous people. What do you think about this? 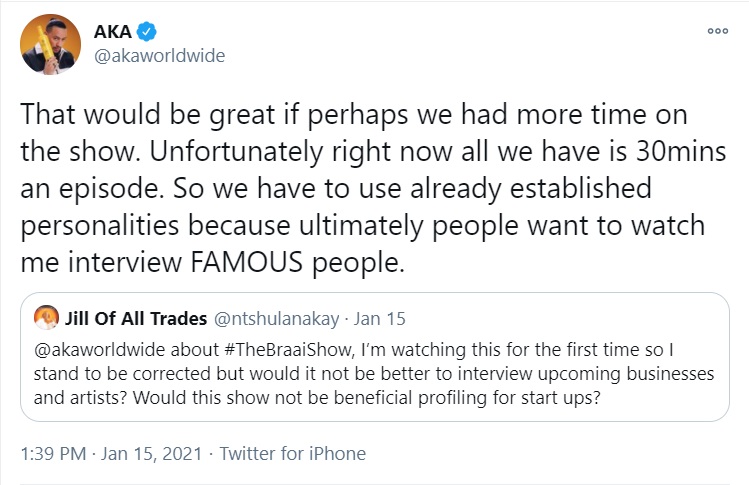 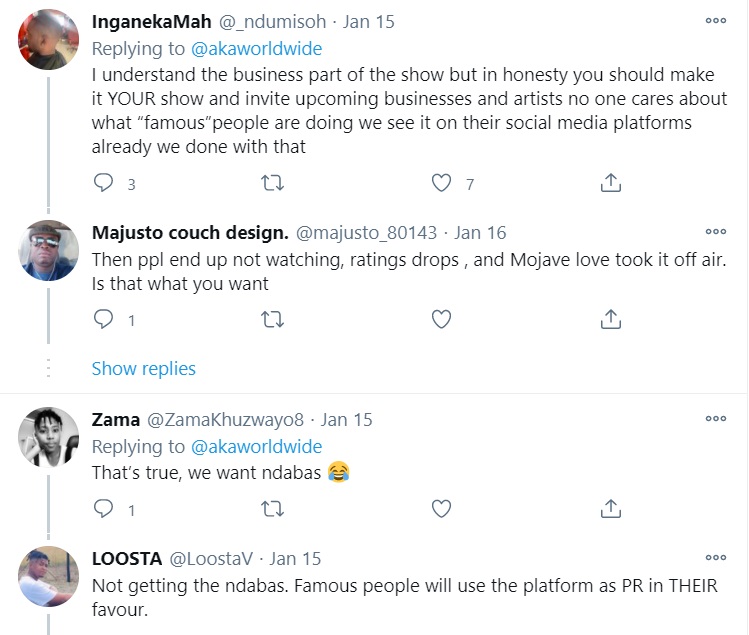