AKA reveals he’s the one who came up with the name of Cassper’s fans “Tsipibians” and also shares what it means.

Imagine creating the name of your rival’s fan base. Lol. Everyone knows Cassper Nyovest and AKA were once cool with each other, until whatever it was happened, and their friendship fell apart.

The two have since been feuding for a number of years, and it keeps going strong. AKA recently revealed in a conversation with a tweep that he came up with the name “Tsipibians” for Cassper’s fans. He also explained what it means really means.

According to him, they interpreted it as a “tricky sitch. A glitch. A Tsibip.” Of course, fans were surprised to hear that. Cassper is yet to react to it so we’ll know if it’s true or not. Super Mega has also revealed that he’s 100 done with the “Bhovamania EP”. All that’s left now is the mixing and mastering process. 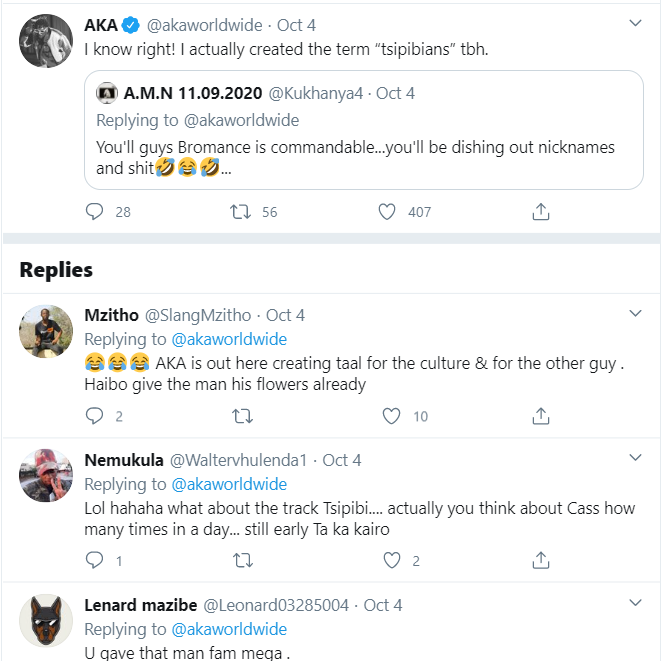 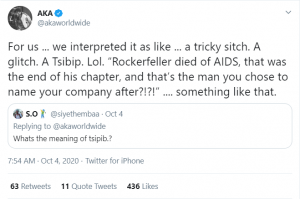