After teasing fans for a couple of months, “Fela In Versace” rapper AKA finally announces the release date of his intensely anticipated “Bhovamania” EP.

Taking to his verified Twitter account last Thursday, the songster announced he is dropping his “Bhovamania” EP next month, 11 November 2020. You can check out his tweet, which has been liked over eight thousand times and retweeted almost two thousand times, below. 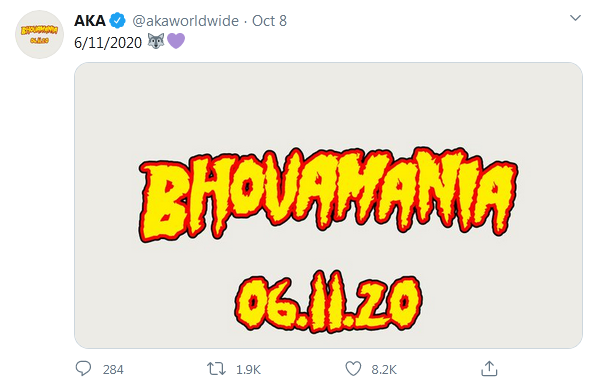 AKA had teased a couple of numbers off the imminent project. He has a way of dropping snippets that resonates with his fans. So they have since deified him as the snippet god. Also, the songster had revealed that “Iron Duke,” which he omitted from the EP’s tracklist at the outset, will make the final project. This decision left fans jubilant.

By the way, as one of the best music and entertainment sites in South Africa, you can count on us to share the EP with you on release. In order not to miss out, you might want to subscribe to our newsfeed as well as follow our social media channels.

Have you any expectations regarding “Bhovamania” EP by AKA? You might want to join the conversation by dropping your thoughts in the comment section below.