AKA sits with minister of Sports and Recreation, Fikile Mbalula for The Braai Show.

If you thought AKA was done, then you don’t know the half of what he’s got planned for his new App. The Mzansi star is out here making money moves and his fans are loving it.

Following the release of his AKATV app, it fast became a huge success. The new app features exclusive content from some of his shows and original content too. He’s now set to debut The Braai Show on the app. The show will see him sit down with some of the biggest names in Mzansi. 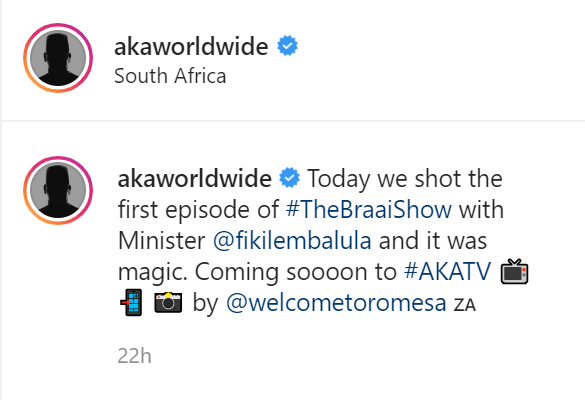 What better way to start than with the minister of Sports and Recreation. The “Monuments” hit maker took to his Instagram page to share a photo of himself interviewing Min. Fikile Mbalula for the first episode of the show. Only Supa Mega can pull that off. We can’t wait for it to be released. 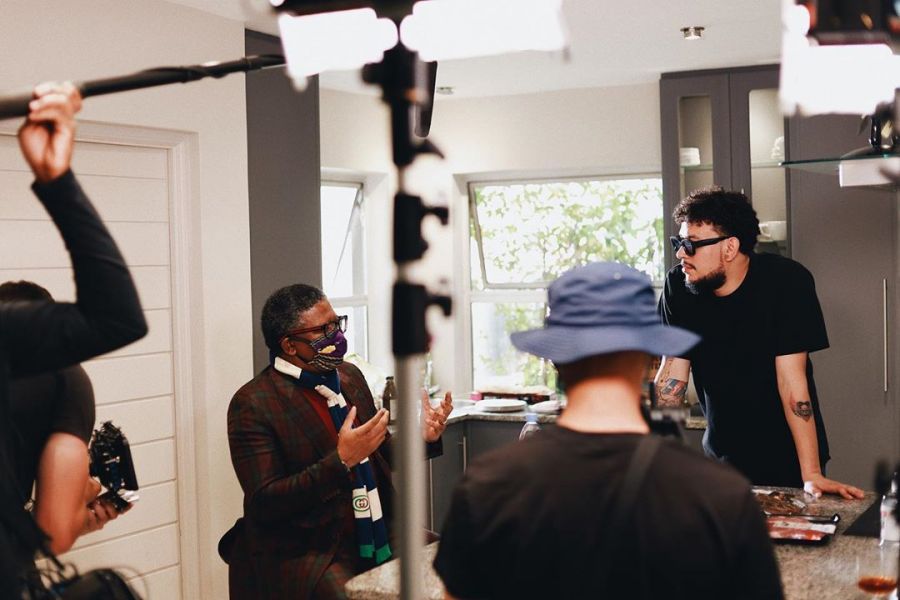 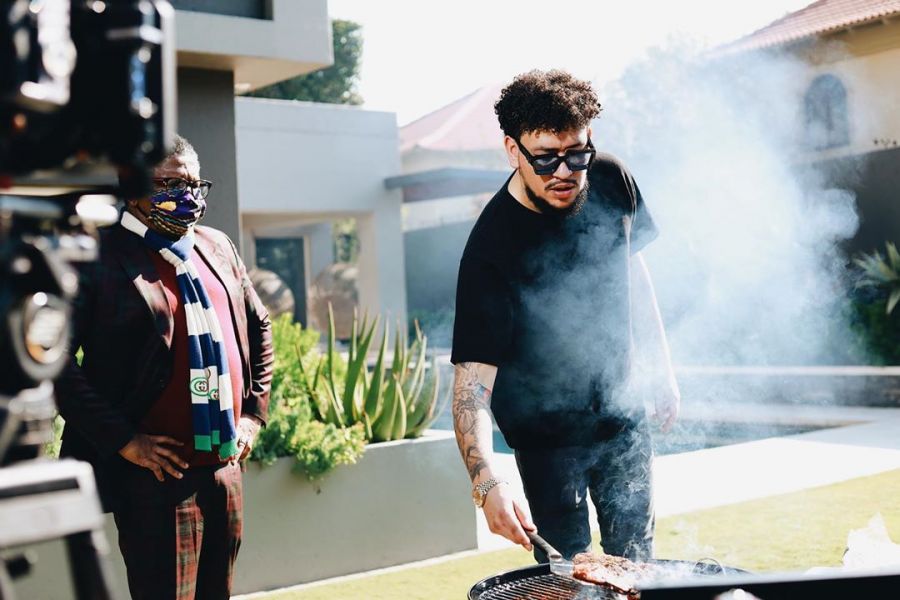 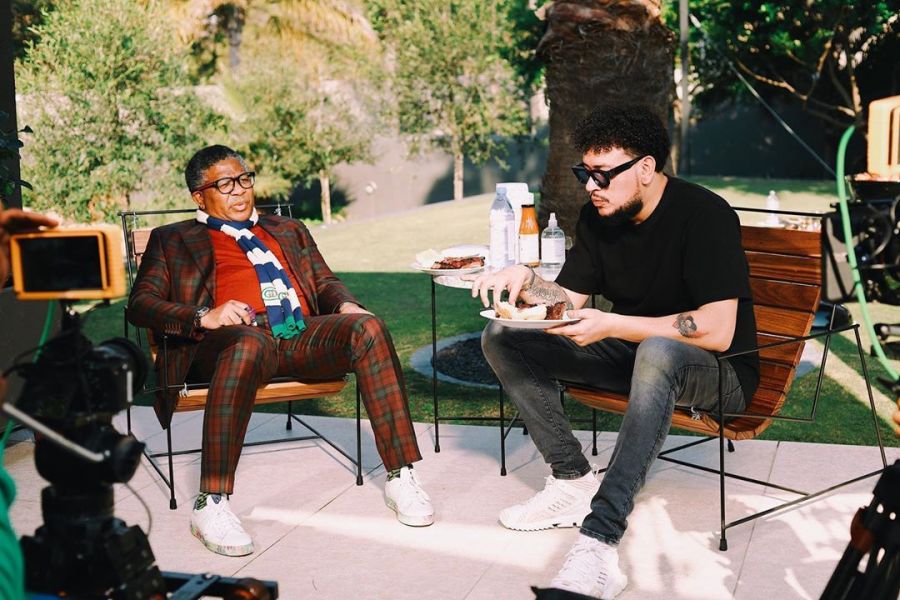 Tags
AKA Minister Fikile Mbalula
John Jabulani Send an email 23 May 2020
Back to top button
Close
We use cookies on our website to give you the most relevant experience by remembering your preferences and repeat visits. By clicking “Accept All”, you consent to the use of ALL the cookies. However, you may visit "Cookie Settings" to provide a controlled consent.
Cookie SettingsAccept All
Manage Privacy