Kiernan Jarryd Forbes alias AKA of the “Energy” fame is having a fever of releases, and it appears the fever will continue for some time. No worries, man.

The songster recently released “Cross My Heart” and “Monuments” and plans to shoot the music video of his track “Energy” this Friday. But that’s not all.

AKA has just released the cover art of a work in progress. He failed to disclose whether it is a single or album, however. The cover art shows a slithering python. Just that. No title; just a “parental advisory” tag. 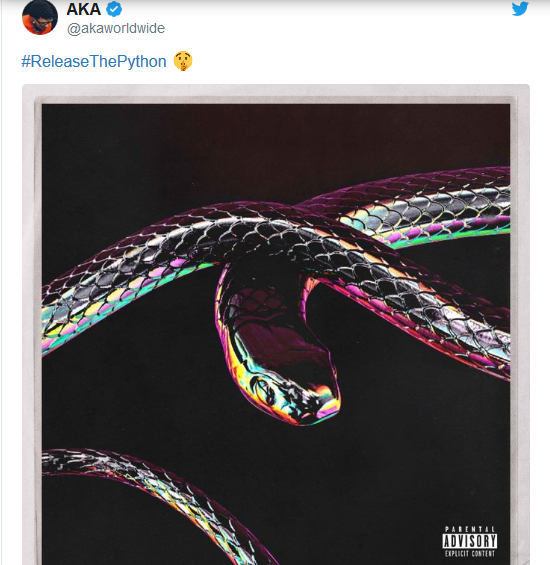 The cover art has got fans excited, with fans asking the muso to disclose what is imminent. But whatever he is working on, he is keeping it close to his chest at the moment, preferring to let fans speculate to their fill.

Soon enough, as the caption to the post reads, he would release the python. Well, whatever it is Kiernan has been working on, when it drops, we are going to bring it her to you at UbeToo.

In the interim, can you guess what exactly is in the works? You might want to share your thoughts in the comment section below and stay tuned for updates.