After teasing fans with plans of one day becoming the host of a reality television show, Family Tree boss Cassper Nyovest had announced he is now the host of The Braai Show, which was previously hosted by his archrival AKA (Kiernan Jarryd Forbes).

Cassper Nyovest, who runs Family Tree record label and who recently made a leap into the world of fashion with the launch of his sneaker brand, announced his taking over of the show for its second season in a tweet yesterday August 9.

He said the show will now go by the hashtag #TheBraaiShowWithCass, while letting fans know that the date fir the broadcast of the show will be revealed soon. You can check out his tweet below.

Cassper Nyovest is taking over The Braai Show on Sabc 1! It's now called #TheBraaiShowWithCass . Don't forget to use the hashtag!!! Broadcasting dates will be announced by channel soon!!! Le Plane ilandile!! ABASHWE! pic.twitter.com/Dv3L08dqX7

AKA holds 50% stake in the show, with the other half belonging to Cake Media. The show is licensed to SABC1, which recently announced Cassper Nyovest as the host for the show it its second season. See the statement below. 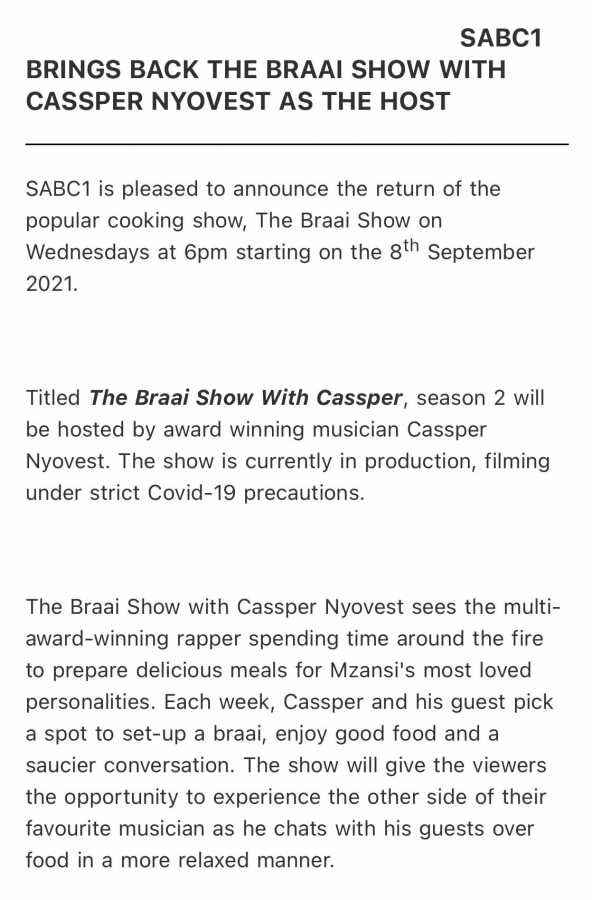 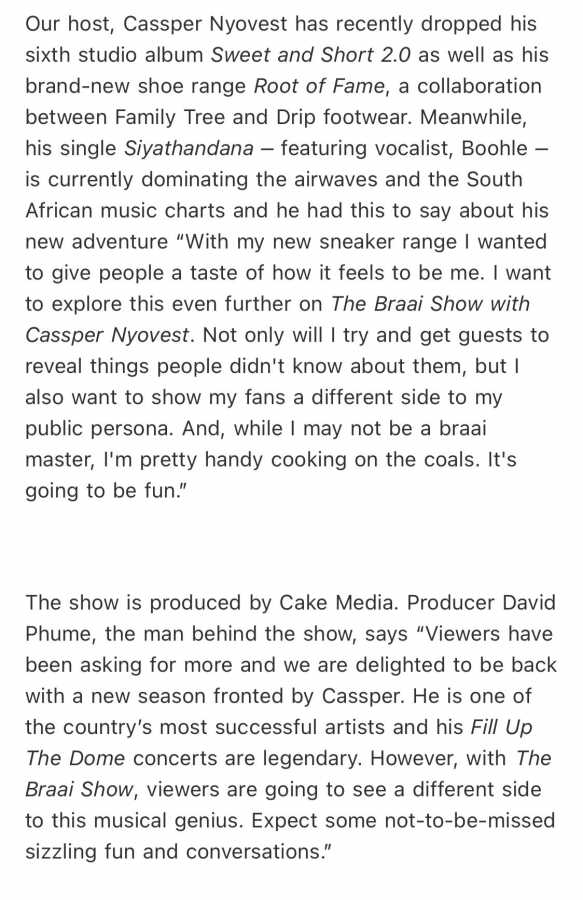 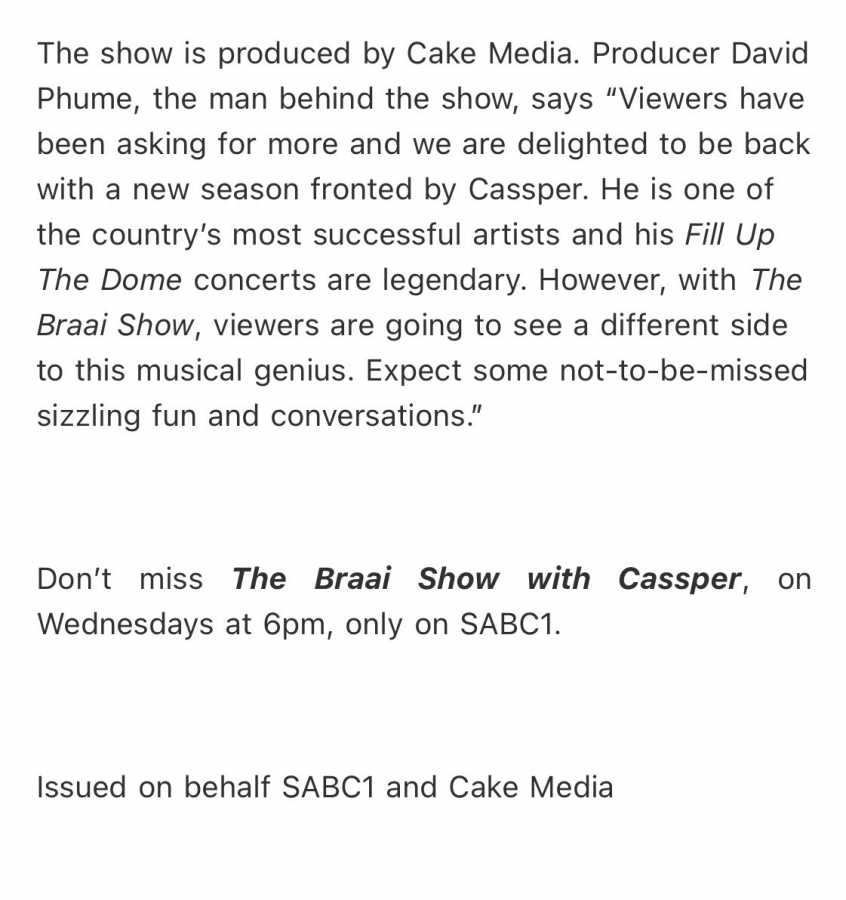 The choice of Cassper Nyovest apparently displeased AKA, and he’s said to be in communication with his lawyers over what steps to take.

The show is set to premiere on Wednesday September 8, by 6pm. Will the show eventually hold, or will the courts stop it?

Tags
AKA Cassper Nyovest
John Israel A Send an email 10 August 2021
Back to top button
Close
We use cookies on our website to give you the most relevant experience by remembering your preferences and repeat visits. By clicking “Accept All”, you consent to the use of ALL the cookies. However, you may visit "Cookie Settings" to provide a controlled consent.
Cookie SettingsAccept All
Manage Privacy