Life must go on – or rather the music must go on – “Fela in Versace” star AKA has made apparent by return g to music two months after his lover Nelli Tembe plunge to her death from the 10th floor of the Pepperclub Hotel in Cape Town.

Amid the tragedy, AKA still managed to get into the studio to record a song, his biggest fan Thulisa said in a recent tweet, confirming having listened to the song.

Another DJ, who may have listened to what AKA may have been working on in secret, stated it wasn’t exactly a song by an EP, and that it’s lit.

This revelation will please AKA stans who have been clamoring for new music for over a month. Whatever he is working on, he has not personally detailed to the public. But that won’t be long.

His return to making music will especially please his fans who have been clamoring for his return following the tragic incident of April 11. 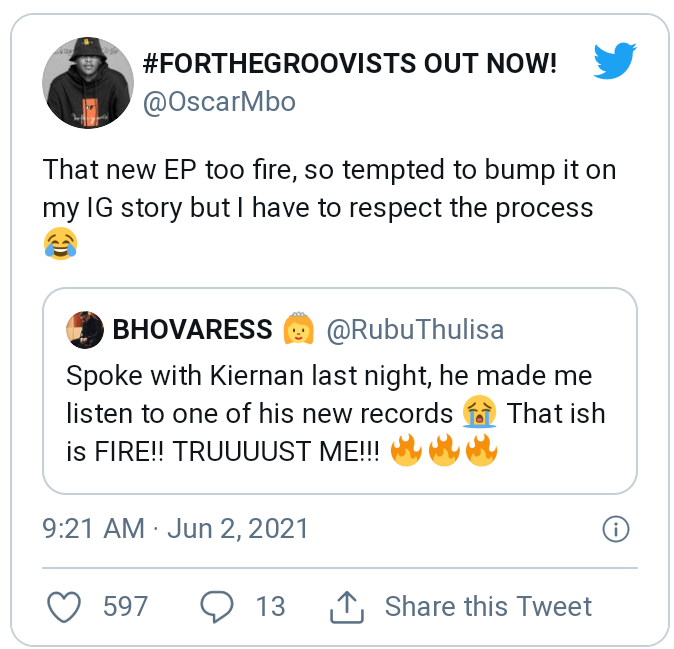 Returning to music is also an indirect slap in the face of those trying to silence him, including a. Non Governmental Organization, which had claimed in several online posts that he was privy to his fiancée Nelli Tembe’s death.

Well, what do you think of AKA’s return to making music? You may want to join the conversation by dropping your thoughts in the comment section below.

Tags
AKA
John Israel A Send an email 3 June 2021
Back to top button
Close
We use cookies on our website to give you the most relevant experience by remembering your preferences and repeat visits. By clicking “Accept All”, you consent to the use of ALL the cookies. However, you may visit "Cookie Settings" to provide a controlled consent.
Cookie SettingsAccept All
Manage Privacy