Kiernan Jarry Forbes, the songster who goes by the stage name of AKA, is a happy man right now, having overtaken his rival Cassper Nyovest on the Apple music South Africa album chart.

Cassper Nyovest was previous the occupant of that position, with “Any Minute Now (AMN),” a dedicatory work to his son Khotso Izwe Simba Phoolo.

Actually AKA snapped the spot even before he released his EP. He has managed to maintain the spot since. He is not just chuffed to have obtained the spot, he has been an avid sharer of anything showing he is at the top of the table

Just recently, for the benefit of those who may have missed his position on the chart, he shared a tweet by South African Hip hop to show that he is still up there. He didn’t just share the post; he explained it as well. Check it out below. 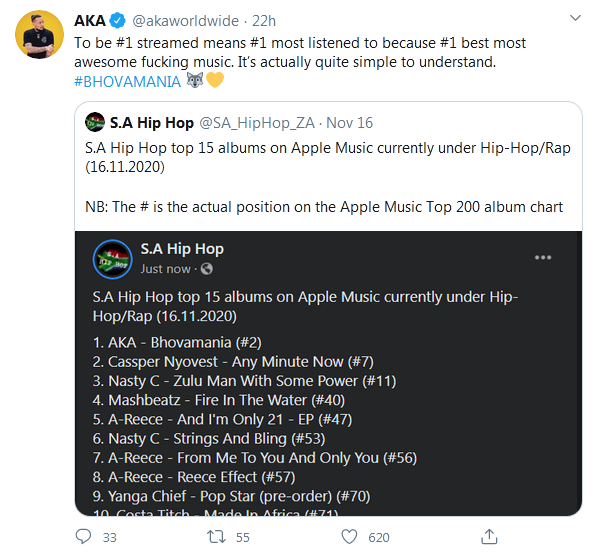 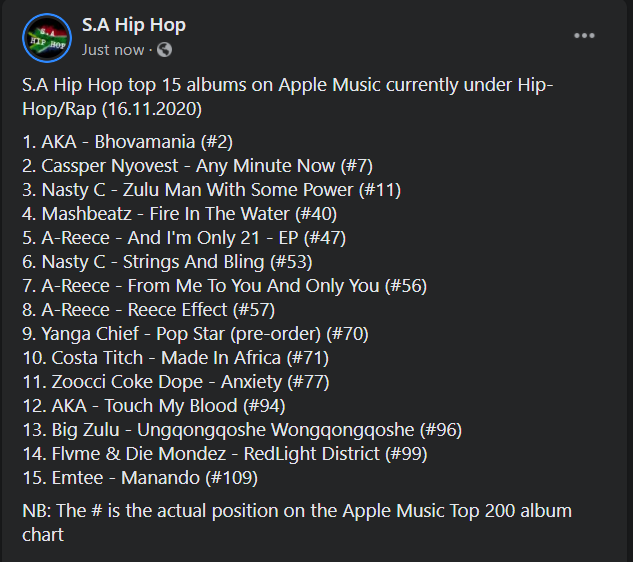 By the way, overtaking a project on a chart is nothing novel. Artistes snap top positions now and then. And lose it also… Over time “Bhovamania” itself will experience the same fate. Charts are wired that way.