Winning is nothing new to Mzansi rapper, AKA. Now, it seems like he does that every passing day. The Mzansi star is over the moon as he rejoices over his recent Gold certification.

The new Deputy Chairman of RiSA, Nota Baloyi recently revealed to AKA that his song “Energy” featuring Mzansi producer, Gemini Major has been certified Gold. Of course that made him very happy. However, he wants four times that. The “Jika” star revealed that he would rub it in the faces of his haters when it gets certified double platinum. 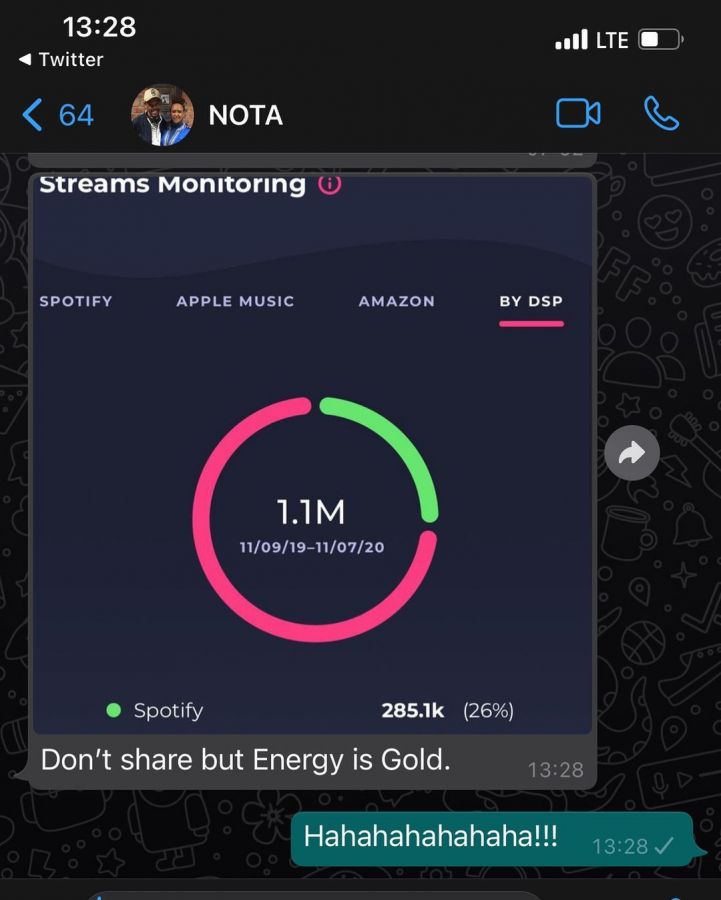 According to reports, the song has amassed over 500,000 views of YouTube, and 1 million streams on Spotify. Over the weekend, Supa Mega released his highly anticipated project, the “Bhovamania” EP and it hit number one on both the SA Hip Hop Apple Music charts, and the overall albums charts.

“When this thing goes double platinum we are going to rub it in faces like it’s never been seen before,”