AKA finally launches the official merch for the Bhovamania EP with girlfriend, Nelli Tembe as the model.

Just when we thought SA Hip Hop star, AKA wouldn’t drop the promised merch for his latest project, the “Bhovamania EP” he has surprised fans with it. It is a thing to celebrate, Supa Mega fans are going to be rocking the new merch pretty soon.

The “Fela In Versace” star recently took to social media to announce the release. He shared a collage of photos for the merch with his girlfriend, Nelli Tembe and him as the models. The new merch consists of T-shirts and hoodies in different colours including red, orange, sky blue and more.

We particularly love the inscription on the shirt. It says “F**king Relax”. They both look amazing modeling the new merch. If you’re interested in getting it, shop it here. Dont waste time, it might be sold out soon. 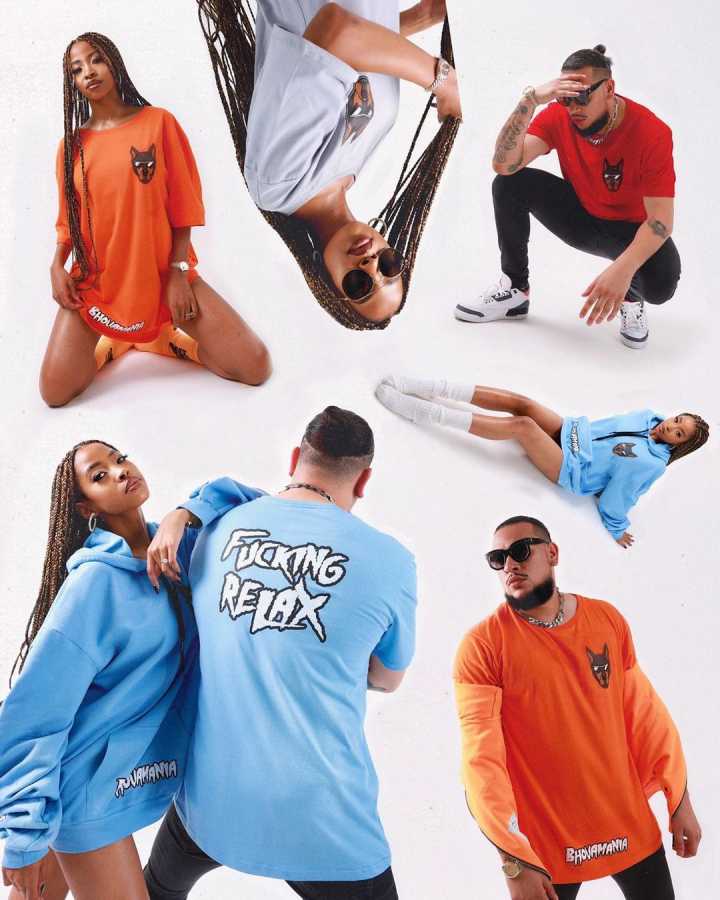