“Fela In Versace” rapper AKA thinks highly of minister of transport Fikile Mbalula and is not afraid to share his opinion.

AKA is one rapper who occasionally has chats with fans on social media. The Braai Show host was in conversation mood recently and fielded questions with his fans. AKA had stated in a tweet that he feels the minister of transport is one of the best leaders in the country.

A fan countered that Mbalula might be energetic but he can’t exactly place the minister’s overall performance at his job.

AKA followed up by stating that what he likes the most about the minister is that he is accessible on social media, unlike others in positions of power.

Some fans were unimpressed by AKA liking the minister because of his accessibility on social media. One fan spat out that it’s actually a dumb reason to like a full time politician. Do you agree? 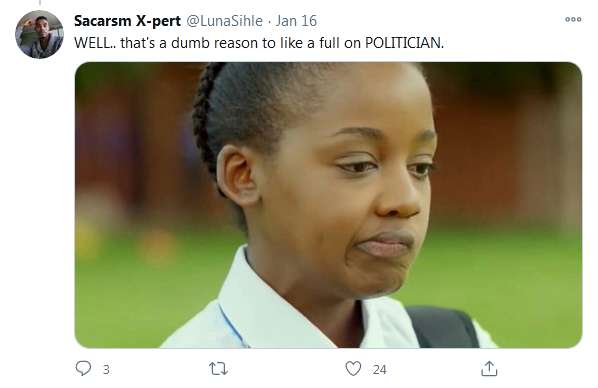 By the way AKA was recently criticized for his past support for the ANC. He had replied that’s okay to support and then change positions when leaders fail.

Well, what do you think of AKA’s take on the minister of transport? You may want to share your thoughts below.

Tags
AKA
John Israel A Send an email 20 January 2021
Back to top button
Close
We use cookies on our website to give you the most relevant experience by remembering your preferences and repeat visits. By clicking “Accept All”, you consent to the use of ALL the cookies. However, you may visit "Cookie Settings" to provide a controlled consent.
Cookie SettingsAccept All
Manage Privacy