There has been a call for a ban on alcohol, and AKA is opposing the call because, well, he must feed his family.

In case you are unaware, AKA has a flavour of Cruz Vodka to his name, called AKA Watermelon. The flavour has been in the market for years now and isn’t doing badly.

Following the lifting of lockdown restrictions in South Africa, residents had stormed alcohol stores to stock up on booze, leaving many wondering.

Prince Kaybee, a South African disc jockey and producer, even advised fans to ignore the alcohol and use their resources on more profitable ventures. Boity had laughed at Prince Kaybee’s position then.

Well, just recently, South Africa’s Minister of Transport, Mbalula Fikile, called for a debate on Twitter to determine whether alcohol was getting out of control. One of the respondents was Sizwe Dhlomo, who asked for the booze to be taken away. 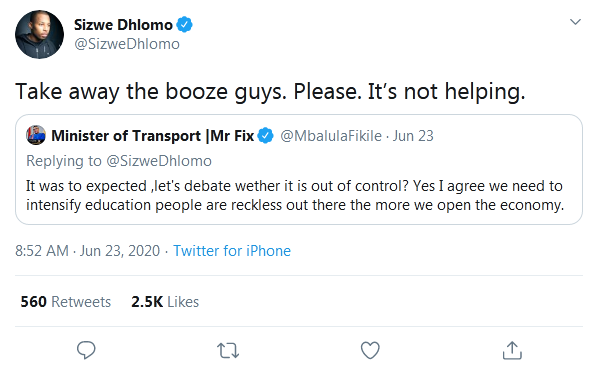 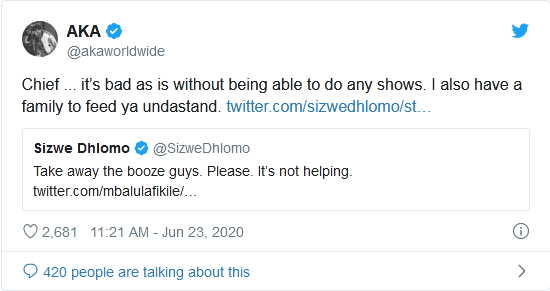 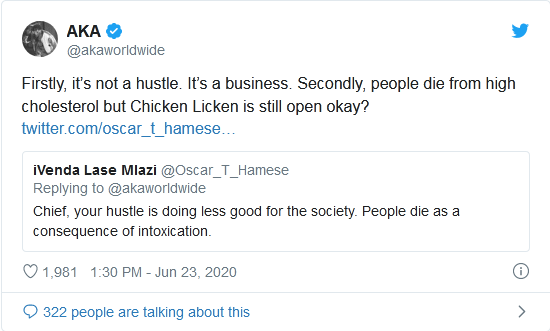 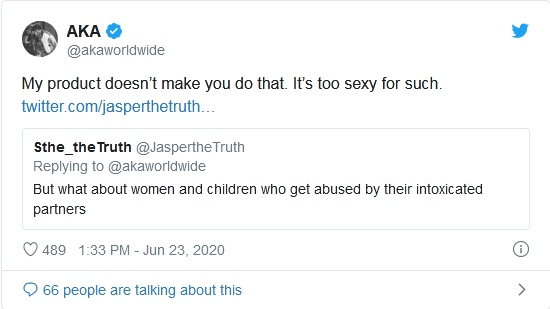 AKA was in opposition and he gave reasons for it. You can check out the conversation in the screenshots below. While some twitter denizens support him, others scoffed.

Well, what do you think of AKA’s opposition to the call on alcohol ban? You may want to join the conversation by dropping your thoughts in the comment section below.

Tags
AKA Lockdown House Party
John Israel A24 June 2020
Back to top button
Close
We use cookies on our website to give you the most relevant experience by remembering your preferences and repeat visits. By clicking “Accept All”, you consent to the use of ALL the cookies. However, you may visit "Cookie Settings" to provide a controlled consent.
Cookie SettingsAccept All
Manage Privacy