Former Ukhozi FM disc hockey DJ Ngizwe Mchunu took no chances during his appearance at a Randburg magistrate court for the hearing of the incitement case preferred against him by the state. He had some bodyguards as well as associates with him.

The DJ is standing trial for allegedly inciting unrest in South Africa following the arrest of former president Jacob Zuma.

Speaking to the media, though, he had stated that he wasn’t guilty of the charges against him, insisting he loves South Africa so much.

The DJ, who is one of several suspects in the looting and burning in South Africa that followed Jacob Zuma’s arrest, had been taken into custody in July following his arrest. 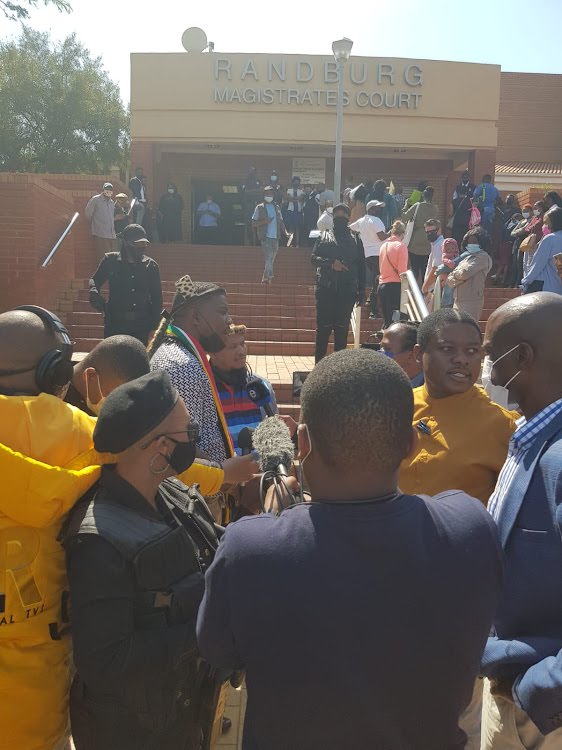 The hearing of the inciting case against him was postponed to January 31, 2022. According to the prosecutor Yusuf Baba, he would be done with all necessary information by then.

The looting and destruction, which Mchunu allegedly incited, reportedly set back many business by billions. Car dealerships, houses, and many other properties were touched in the violence, which many described as being among the worst in South Africa in recent memory.

It remains to be seen what the outcome of the case will be. In January. We might dig more on that, so follow our social media channels and stay tuned for updates.

Tags
Ngizwe Mchunu
John Israel A Send an email 21 October 2021
Back to top button
Close
We use cookies on our website to give you the most relevant experience by remembering your preferences and repeat visits. By clicking “Accept All”, you consent to the use of ALL the cookies. However, you may visit "Cookie Settings" to provide a controlled consent.
Cookie SettingsAccept All
Manage Privacy