Imagine having a hype man like whoever is behind the Ambitiouz Entertainment social media accounts. You’d be motivated to move any mountain. We are guessing that’s particularly how Kid Tini feels when he reads the things posted about him.

The good thing about it is that it isn’t all hype. Kid Tini has been putting in a lot of work and his talent cannot be denied. The rising SA Hip Hop star made us all “Buss A Move” a few months back. He is credited for several other dope entries including “Cinga”, “Wedwa”, “Woo style” and more.

Ambitiouz Entertainment has now announced a new album coming from the talented muso. It is titled “The Second Coming”. A.E believes it will be the “biggest Hip Hop album for 2020/2021”, in terms of sales and airplay, and video views of course. We’d really love to see that happen. 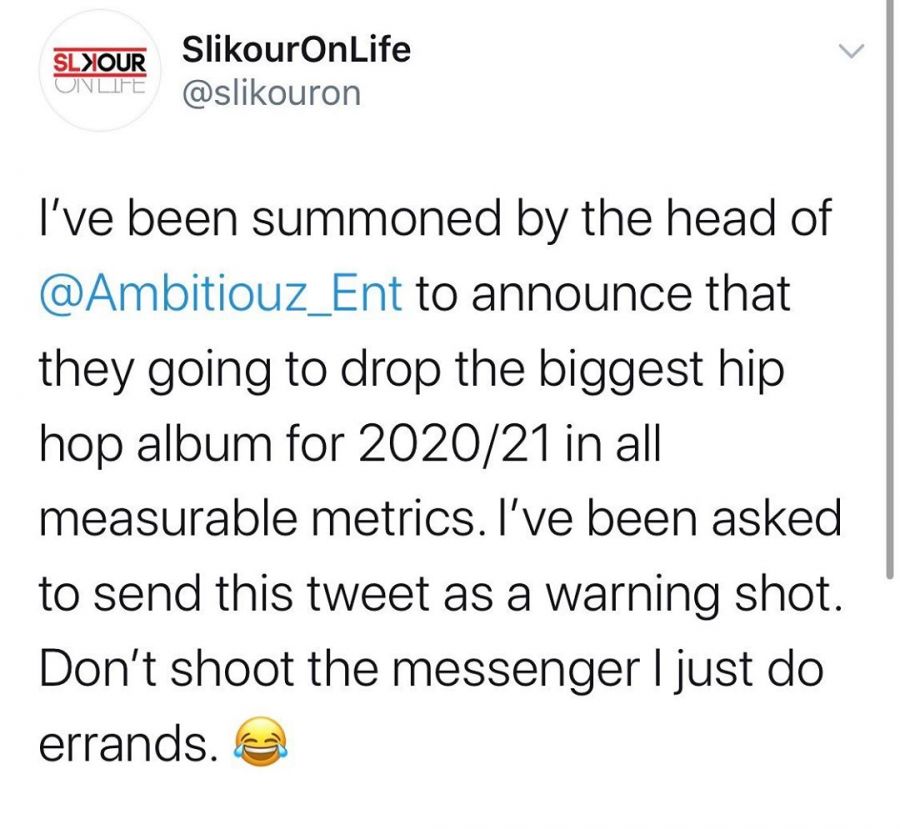 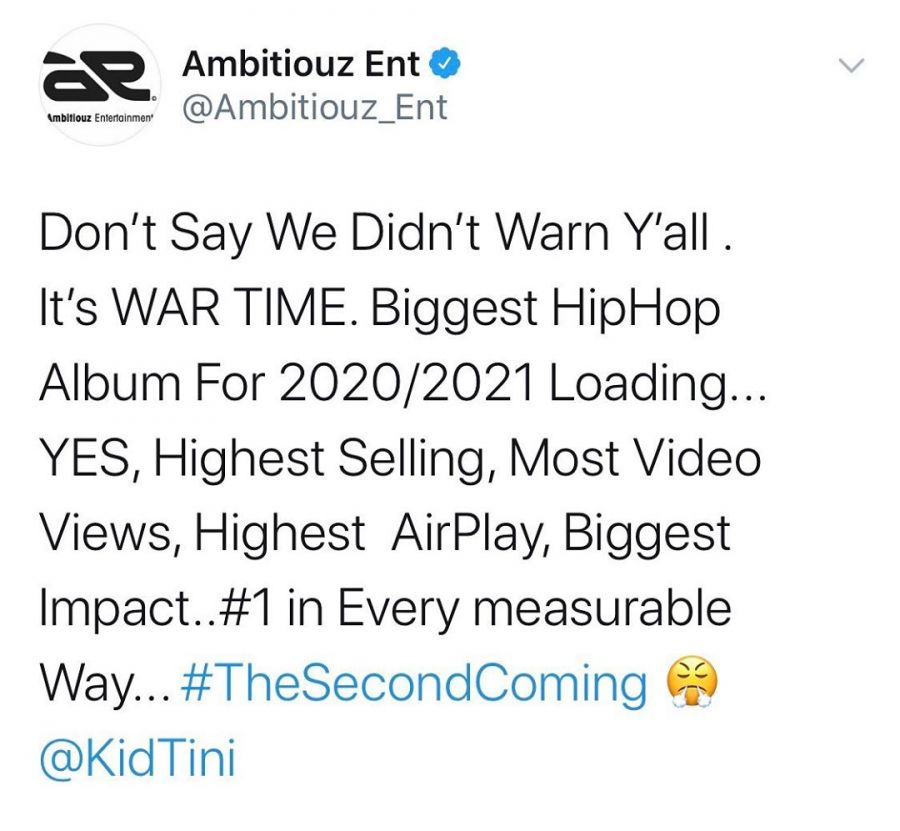