If there’s anything to know about celebrities, it is that they sometimes tweet things that have hidden meanings. A lot of times, celebs say one thing in a tweet, when it actually means something entirely different.

We have no idea if that’s the case with “Uwrongo” singer Ami Faku’s latest tweet. The calm-voiced singer recently tweeted “my roses are dying” leaving a lot of her followers confused. We have no idea if she’s talking about actual roses or if she means she’s depressed. 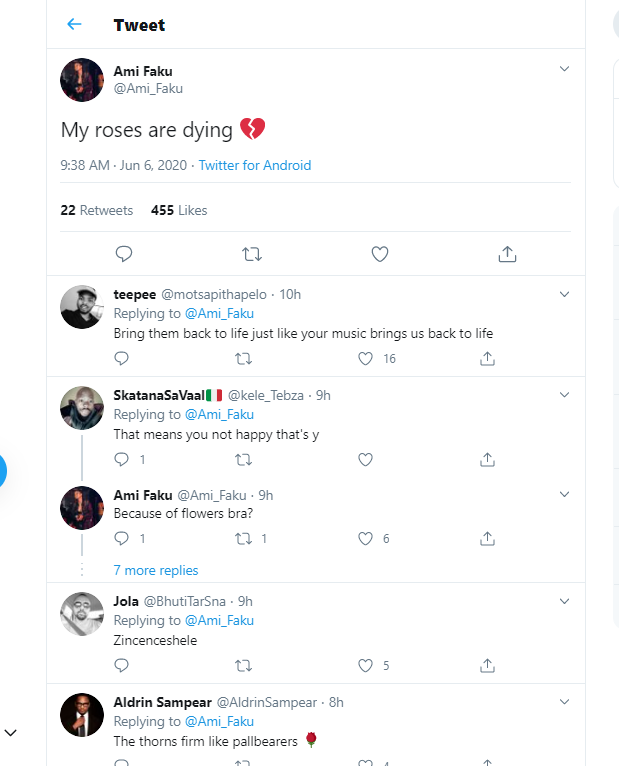 The tweet got various replies from her followers who tried to “cheer her up”. One follower replied her saying it means she isn’t happy, but her reply proved that wasn’t the case. 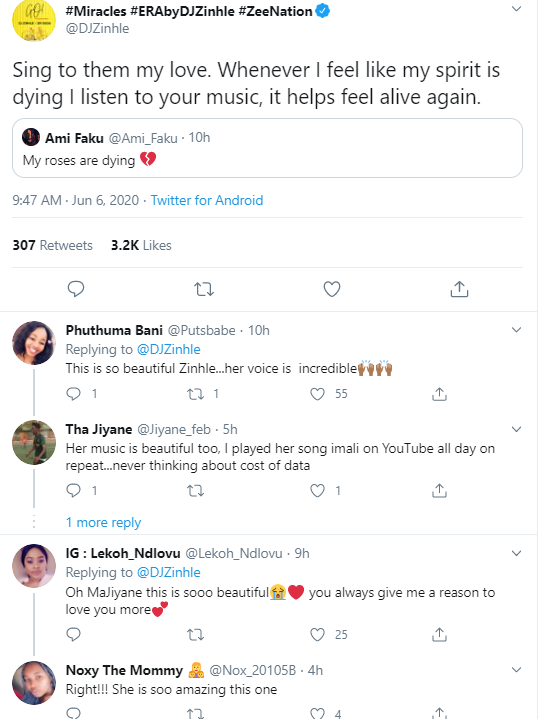 “Go” hit maker, DJ Zinhle offered up some advice asking her to sing to them. She insinuated that her voice has a soothing feeling as it helps her on her bad days.