The song was one of the standout tracks in the muso’s “Imali” album. It has gone on to clinch gold status ahead of other numbers in the compilation. Expectedly, Ami Faku is immensely pleased and has no qualms articulating her pleasure. 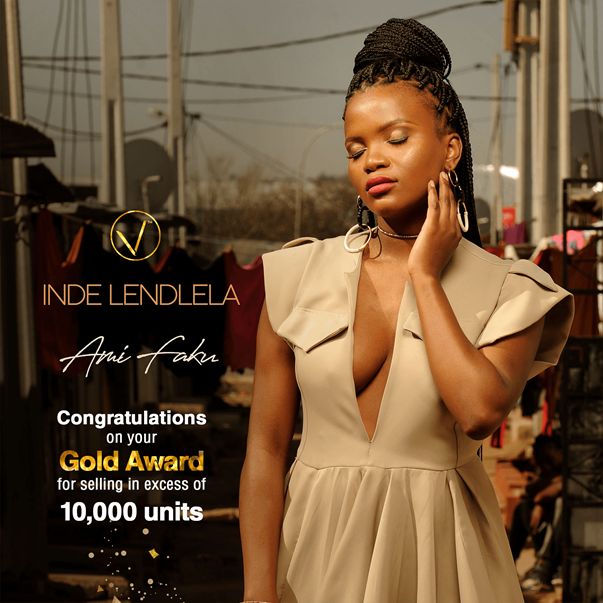 For one who has been treating the Rainbow Nation to splendid tunes, her recent milestone should surprise no one, least of all the singer herself. Not only has Ami Faku got an arresting voice, her songs speaks to the spirit and will make fine additions to any playlist out there.

By the way, it isn’t the first time a song by the singer had struck gold. “Ungowam,” her song with De Mogul SA, has also earned gold certification. We expect more to follow in the coming days.

Well, if you haven’t been following her musical odyssey, you might want to know what besides dropping fine numbers she is equally highly sought after as a collaborator. She recently worked with Prince Kaybee on “Uzubulele Kuye.”

What do you think of Ami Faku’s recent gold certification? You might wish to join the conversation by dropping your thoughts in the comment section below.